Red Bull's latest competition is a little less action-packed than usual, but as fun as you'd expect from the caffeinated crew... 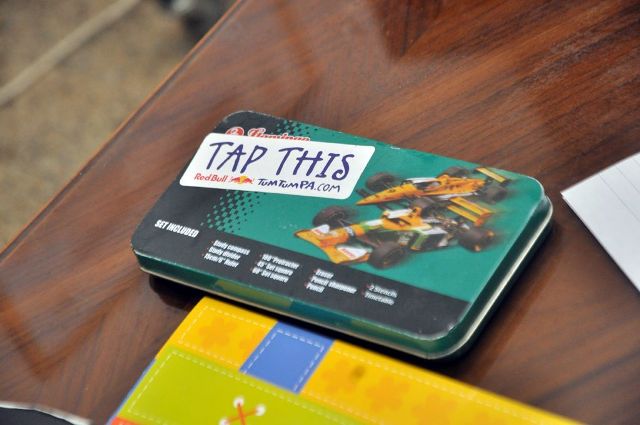 Red Bull never get enough of capturing our attention with entertaining stunts, shows and competitions. From jumping from space and off of cliffs to drifting in car parks and pitting Cairo’s favourite bands against one and other, the caffeinated crew never stop. And even though it’s a whole lot less action-packed, they’ve been getting students across the country involved with their latest sensation, Tum Tum Pa.

A team at MSA

If you don’t already know, Red Bull’s Tum Tum Pa is a student competition in the art of khabt. Literally. The idea is a maximum of four people get together to create an impromptu band, only there are no instruments and no singing. Instead, you’re supposed to make beautiful sounds using only your hands and items that can be found in the classroom. That means pencils drumming, scissors snipping, rulers tapping and folders jamming – you name it, it’s an instrument according to Red Bull. 2011’s competition saw a band called Sexually Transmitted Beats from AUC go on to win the world championships (apparently Tum Tum Pa is a thing) so we’ve got high hopes for the talent entering this year. Tum Tum Pa auditions have already been held at UFE, AUC, BUE, Cairo University and MSA, and today they’ll be at AAST Cairo before heading to Ain Shams University tomorrow ahead of the national finals on Thursday.

Cairo University students give it a go

Teams will be judged on their creativity, rhythm and audience interaction after performing an original track that can’t exceed 60 seconds. The winners get a trip to Lebanon to attend Red Bull SoundClash there, and after the massive success of the Egypt edition, we know this is a serious prize. Of course we had to see what all this fuss about so, ladies and gentleman, boys and girls – CairoScene takes on Tum Tum Pa (and breaks every single rule):

For more information and to keep up-to-date with all the banging, head to Red Bull Egypt's event page here and follw @RedBullEG and #TumTumPa. 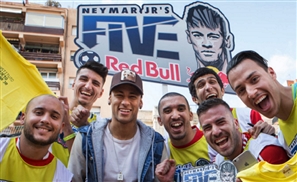 Football World Cup for Amateurs Is Coming to Egypt 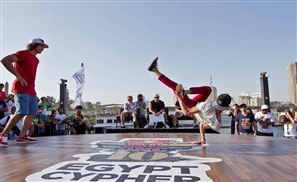 The only event that could possible bring us more international prestige than the [...] 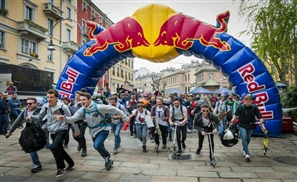 Red Bull Challenges Egyptian Students: Can You Make It?

The people behind Red Bull are doing it again, but this time they're bringing the [...] 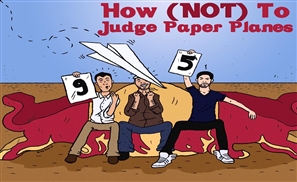 How (Not) To Judge Paper Planes

After years of honing his skills, Timmy Mowafi was finally called upon to judge [...]
Week Month Year