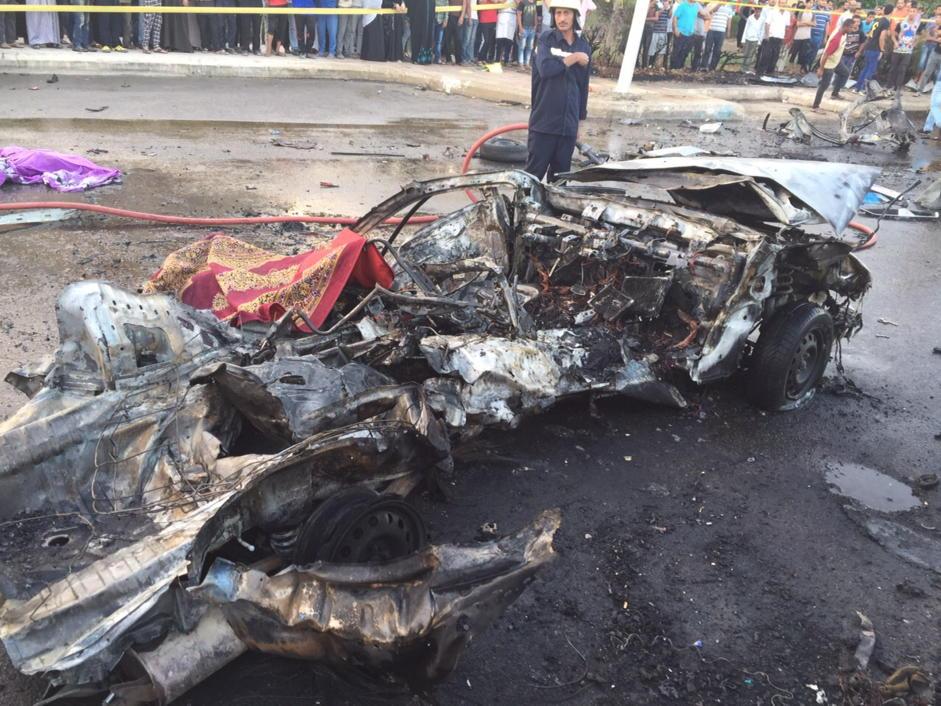 Two TNT bombs detonated near 6th of October Police Station leading to the death of three and the injury of at least another three late Tuesday evening, police sources said. One of the bombs exploded inside a private car and instantly killed two. The second bomb exploded shortly afterwards, tearing apart a passer-by, according to eyewitnesses.