In an act of designer defiance, Ukraine's fashion industry has pulled together to continue the catwalks despite the precarious situation the country is in. Now THIS is revolutionary fashion... 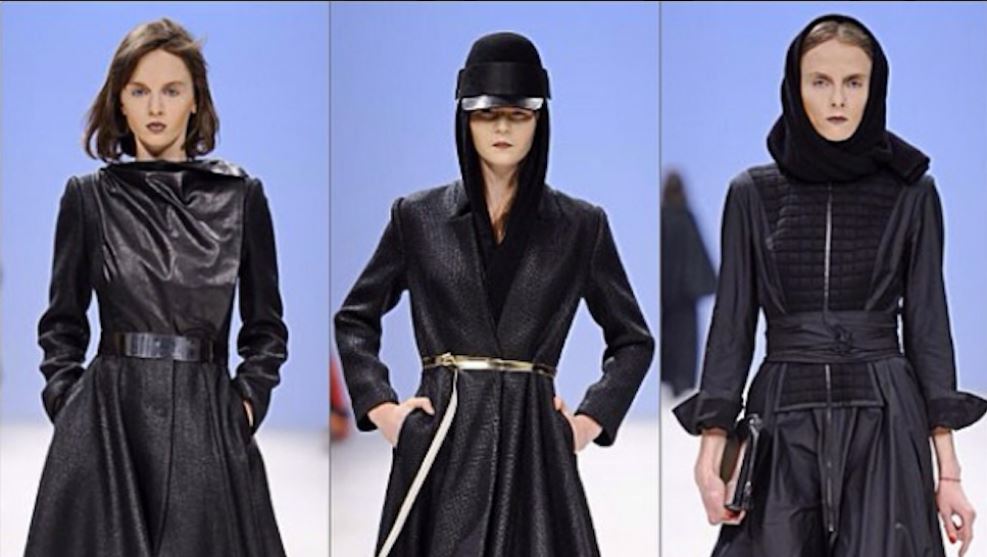 You know what they say; the show must go on. Neither rain nor shine, nor massive political upheaval and a country on the brink of war is going to stop Ukraine Fashion Week from happening. Despite the ongoing crisis between Ukraine and Russia, the 34th Fashion Week for the country is still going on as planned – it kicked off last Friday and will continue until March 19th. So…you still have time to book a flight over there and catch the latest collection, guys! That's what we're planning on doing, obviously.

We can't decide if it's wholly inappropriate that fashion shows continues in the midst of all this turmoil, or whether it's an act of strength and defiance. Co-founder and organiser of the event, Iryna Danylevska, clears that up for us, saying, "We thought of postponing Ukrainian Fashion Week but when the Crimea situation began we knew we had to do it now…We need to show the outside world that we're unbroken and that we're strong." Fair enough. Instead of cowering in the corner, they’ve taken a stand and tried to show the world that life goes on in the country. And in case you thought they were all a bunch of fashion airheads, living in their own stylish bubble, both Danylevska and many others involved in Ukraine Fashion Week, including designers, were actively involved in the Maidan movement that contributed to the toppling of the country's pro-Moscow government last month, working in hospitals and helping get the message out.

And they are not oblivious to the situation around them; in fact, many of the designers have incorporated patriotic elements into their designs and shows, or taken inspiration from the wave of protests and channeled that into their collections this season. One designer, Liliya Poustovit, has created a collection in pale yellows and blues, the colours of the Ukrainian flag. Others have incorporated bullet-proof vests and gas masks into their lines, and others still have reflected the mood of the country in their shows. For instance, one designer brand, Lake, used industrial noise as the show's sound design; a tribute to the protests. In addition, all the extra, glitzy events that accompany fashion weeks, like celeb-filled parties, were scrapped, so as to keep the event strictly a professional one.