A group of independent artists set out to advance the art of ballet in Upper Egypt to breathe new life into its age old social norms. 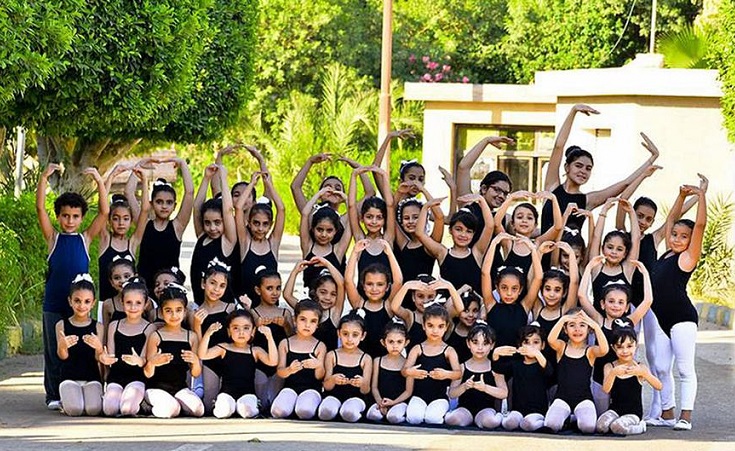 Upper Egypt is probably not the place you’d expect to catch a ballet or a poetry reading. Marco Adel and his army of eight are acutely aware of it, but they are equally aware of the talent the countryside has contributed to Egypt’s art movement over the years. Alwanat, Upper Egypt’s first ever Ballet School and Arts Centre is their brainchild, their gift to a marginalised community.

In an interview with Chinese state-owned press agency Xinhua, Adel revealed that it hasn’t been easy forging a path for the arts to thrive in ultraconservative Minya, especially the ballet which many in town view as a form of indecency or as a frivolous pursuit.

However, Adel and his merry band of artists have proven their naysayers wrong. “We got an unexpectedly warm welcome and a lot of encouragement from the people of Minya,” he said of Alwanat’s reception. “There was a high turnout of applicants for the school's first intake, which shows just how deprived and neglected the governorates of Upper Egypt have been in many fields."

From computer workshops and movie screenings to ballet and music classes, the team behind Alwanat attempts to offer the community a diverse and comprehensive art education. Their commitment is even more evident considering their affordable programs and uncomplicated selection and admission process which only requires a fitness test. 150 students, most of whom are girls between the ages of 4 and 20, are currently enrolled in programs at Alwanat.

Despite fierce pushback from the local community's conservative majority, the independent artists behind Alwanat are determined to contribute each within the limits of their own discipline to have a lasting impact on society in Upper Egypt. "Our main goal is to breathe life into marginalised communities and to eliminate ignorance and extremism through the dissemination of art, making it an integral part of the lives of ordinary people," Adel told Egypt Independent.