VIDEO: Watch the Egyptian Making Waves Around the World With his BeatBox

Using a humble recorder and nothing more than his mouth, the world can't get enough of Medhat Mamdouh... 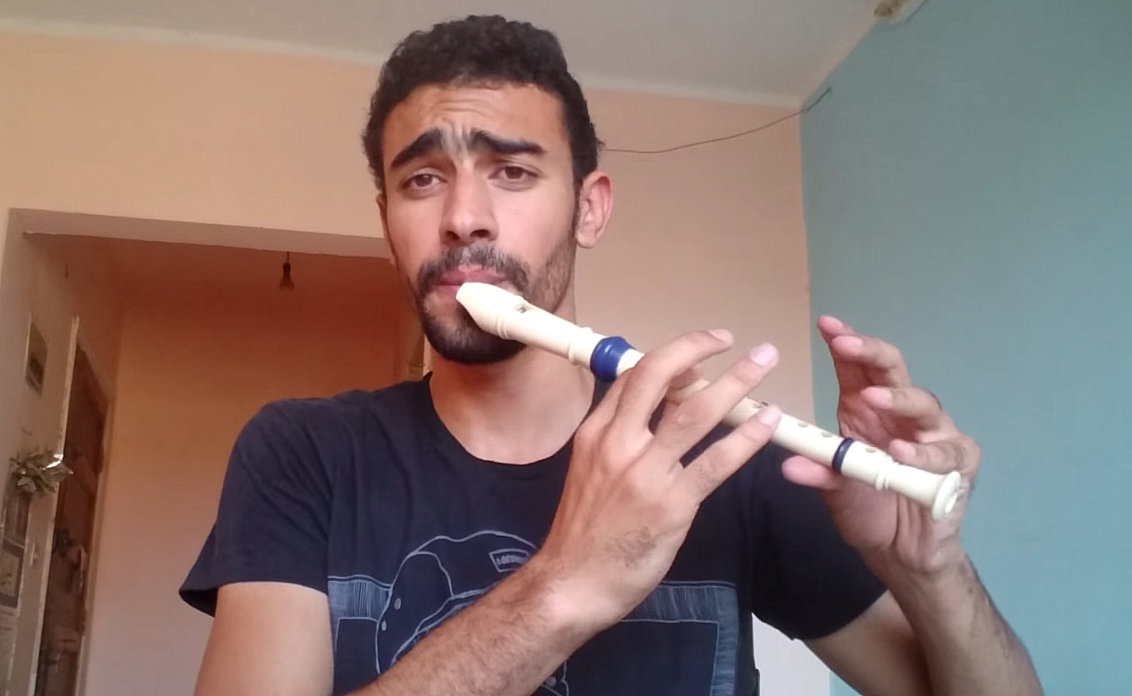 He starts with a recorder flute and you wonder what all the fuss is about, but in 15 seconds everything changes and a mindblowing beatbox phenomenon awakes. The young Egyptian artist became a worldwide sensation cyberspace as he puzzled YouTubers with his “war freestyle” beatbox, and reached over 800,000 views in just a few days.

The 22-year-old Hip Hop magician is Medhat Mamdouh, a dubstep recorder player from Cairo, who began teaching himself at the age of 14, according to his Facebook Page, which is followed daily by 57,000 fans.

Redefining the way we think of the humble instrument, Mamdouh travelled across the pages of international media, as news outlets such as The Huffington Post, TIME and Italian Corriere della Sera.