He came in at third place in the 800 metres freestyle race. 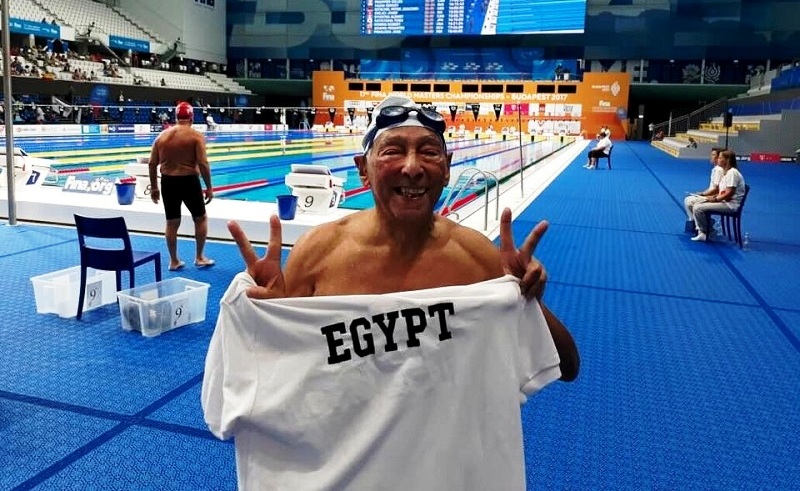 In another athletic achievement by Egyptians this year, 86-year-old swimmer Essam Nasser just won bronze in the FINA World Masters Championship for the age group 85-89 after coming in third place in the 800 metres freestyle race, Al Watan reports on Monday. The 2017 edition of the championship is held in the Hungarian capital Budapest.

The FINA World Master Championship is a biennially-held aquatic championship for adults aged 25 and older. The prestigious championship was launched in 1986 in Tokyo.