All we're going to say is that he used one of Egypt's favourite tunes to sample his own controversial song. That's all. 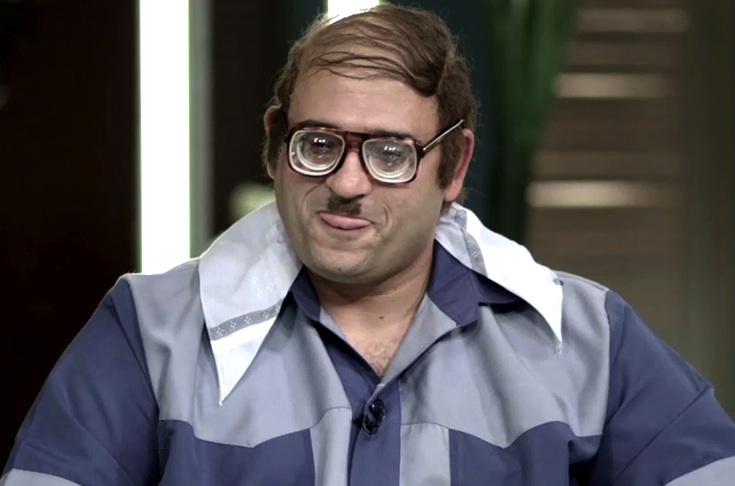 We can't stop laughing. Abu Hafiza, the fictional satirical character, who is staged by TV presenter Akram Hosni, forever remains as a beacon of bashing anyone who graces the Egyptian government in all of its institutions. This time, he basically summarised his entire opinion of the current Egyptian state, and the struggle of its citizens by using Mobinil's (now Orange) 2012 Ramadan commercial song, '3ashan ne3raf ne3eesh ma3a ba3d,' meaning "so that we may know how to live together."

The original song, as we may all know, showcases different sects of Egyptian cultures and societies in their respective environments, demonstrating our similarities and our ability to live together happily ever after. Well, this song does the same, with different sects alright, but this time, he changes up the lyrics, and the situations everyday Egyptians find themselves in... Just a bit.Basically, his message is founded on the same principle, of learning how to live together. But to do this – amongst Egyptian media outlets and their weirdness, international loans, real and fake checkpoints, trying to make a living through so many means, illegal immigration, etc. – we have to keep quite, keep calm, keep nodding, and don't forget to suck it up. Happy living, guys!