Amr El-Gohary makes Egypt proud in his first professional fight, knocking out Jan Steinbacher in one minute and 50 seconds. 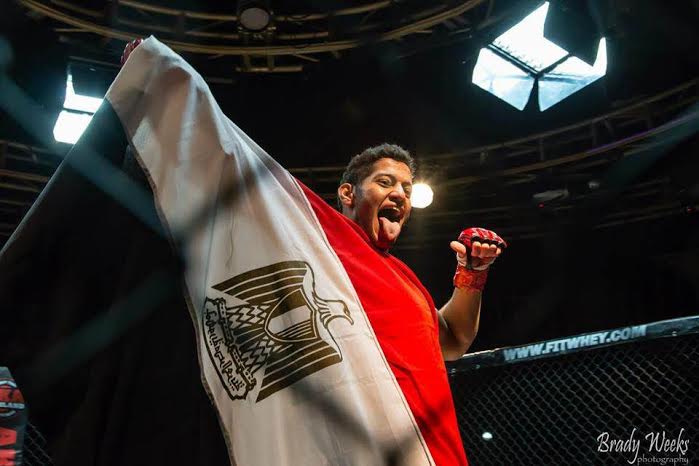 MMA is one of the fastest spreading sports in the world and giving Egyptians reason to get excited, is none other than their first professional MMA fighter Amr El-Gohary. Representing Egypt at the Full Metal Dojo MMA league, Asia’s second largest MMA league, El-Gohary is garnering quite the reputation after his latest knock out performance against Germany’s Jan Steinbacher. Spending months training multiple times a day preparing for his August 22nd fight, the 20-year old Egyptian human weapon in the making wasted no time announcing his arrival to the sport. We’d love to spend the time critiquing his fighting style, but the anxious and lethal El-Gohary managed to knock the lights out of his opponent in the first round. Using a straight left as a decoy, El-Gohary managed to fool the German leaving him totally exposed for a devastating over-hand right hook that could be heard here in Cairo. Upon making the painful connection, the German legs buckled and it was clear to everyone including the ref that the fight was over. The KO victory in the first round is an impressive feat for any fighter, and considering that El-Gohary is just getting started, we imagine that many fighting fans will soon be following this Egyptian's path of destruction. No word quite yet on when his next fight will be, however considering how short his last fight lasted we are sure it won’t be long until he finds himself in a cage making Egyptians proud.

The amazing first round knockout by Amr ElGohary .