Camera footage has emerged showing a pit bull being stolen at the entrance of a Zamalek supermarket, in an act seen by many as a growing trend. 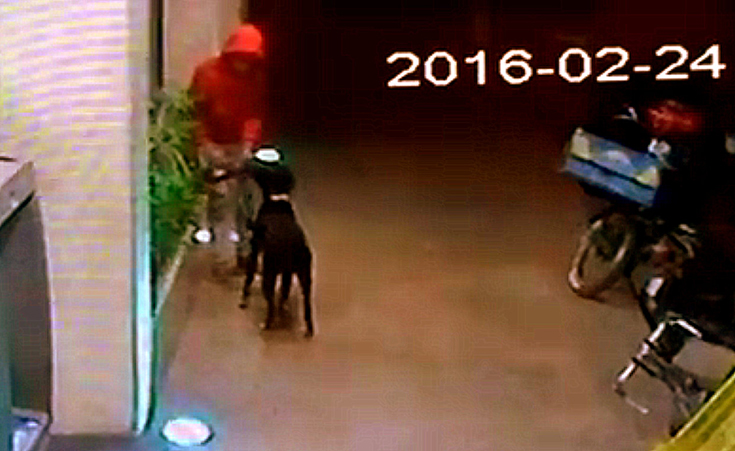 A video exposing a young thug stealing a pedigree dog at the entrance of a Zamalek supermarket is going viral, as the pet owner is spreading security camera footage of the moment in which a thief - dressed in a red hoodie - unchains the dog and takes it away.

The owner, a Venezuelan woman who resides in the Cairene upscale neighbourhood of Zamalek, had left the dog at the entrance of Seoudi supermarket at 9PM, as she was doing grocery shopping. “It happened in a span of five minutes; I came back out and the dog was gone,” Orne Gil told CairoScene.

According to Zamalek residents, pedigree dogs are increasingly targeted by robbers, possibly in an attempt to commercialise them. “When I entered the supermarket, there was a man in a wheelchair, and I was told by the bawab that it was him who called the thief,” said the woman, who runs a tattoo studio called Nowhereland. When she exited the supermarket, the disabled man had vanished.

“I asked for the security cameras and I am spreading the video so that people help me find it,” she says. Her dog, a four-year-old black pit bull with white spots, was last seen in Brazil street.