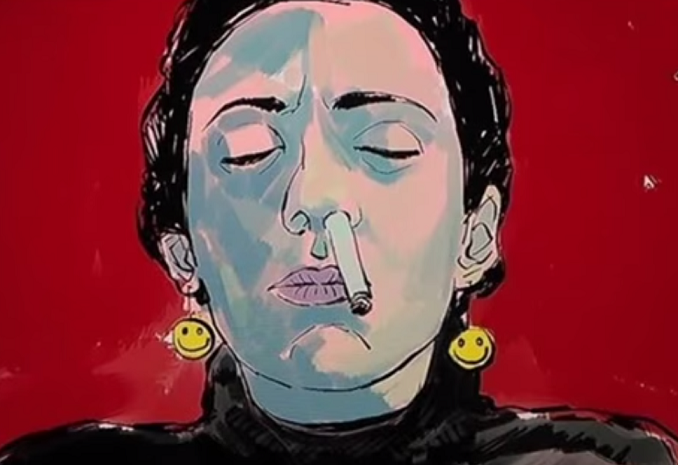 In a recent interview we conducted with an anonymous hash dealer, he admitted that the majority of Egyptians smoke up and, shock horror, it's not just men! Female Egyptian musician 'Luka Blue' has just released a hilarious track all about being a female stoner. The brilliant balad aptly titled Hashrab Hashish discusses the restrictions of your average Egyptian girl, growing up in a culture and family that naturally oppresses the freedom of women. So what's the solution? Smoke up and get high of course.

The chorus on top of the happy go luck guitar and drums translates to, "my grandma told me girls should dress elegantly, my mum told me girls don't get their hands dirty, my aunt that wears a veil told me to sing freely but I'm going to hell, my dad told me nothing... so I'll smoke hasheesh." She goes on to sing, "they nothing in their minds but marriage and neesh, chinese plates, gold, bed sheets, curtains and karaneesh, don't ever stay till late or have a sleepover for even once, and don't make the bawab see you or you'll never get married."

"I was sitting with my friends making  music and we thought of making a song of all the things that bother us and all the things that are said about Egyptian girls" Luka told us, "I was about to be in a documentary and the track was about the same subject as the movie so we decided to record it for the film".

The track has already racked up nearly half a million listens in nine days. Have a listen below...