The thrilling experience is offered at no charge for 20 guests daily. 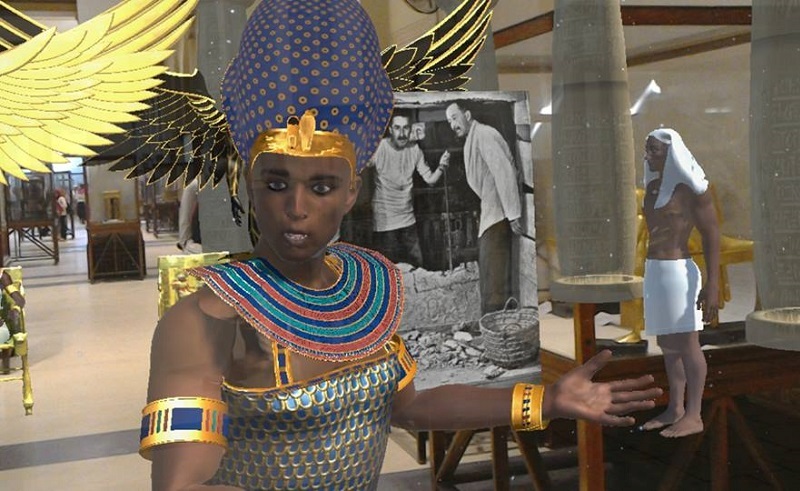 Starting this week, the Egyptian Museum witnesses an exceptional Mixed Reality (MR) experience carried out by Ramy Hammady, an Egyptian Phd student at California's prestigious Stanford University. The MR programme will have a virtual Tutankhamun guided tour to the museum's visitors and narrate the great king's history as well as that of the displayed pieces. The MR tour, experimentally-launching for 10 days until December 28th, is brought to life using the advanced smart glasses Microsoft HoloLens, which enable users to interact with the displayed pieces and explore their secrets in a virtual dimension.

Mixed Reality is when virtual characters or objects are mixed into the real world. The technology was initially invented in the 1960s but its first real-life application took place in the early 1990s by the US Air Force.

The museum's MR tour, dubbed MuseumEye, is offered at no charge for a total of 20 museum guests on first-come-first-serve basis, so make sure to head out there early enough to be part of it.