With fans still unable to return to the pitch to watch their beloved Al Ahly, Vodafone has decided to take matters into their own hands to not only give the team a boost, but to honour the fans that made them Egypt's most winning team. 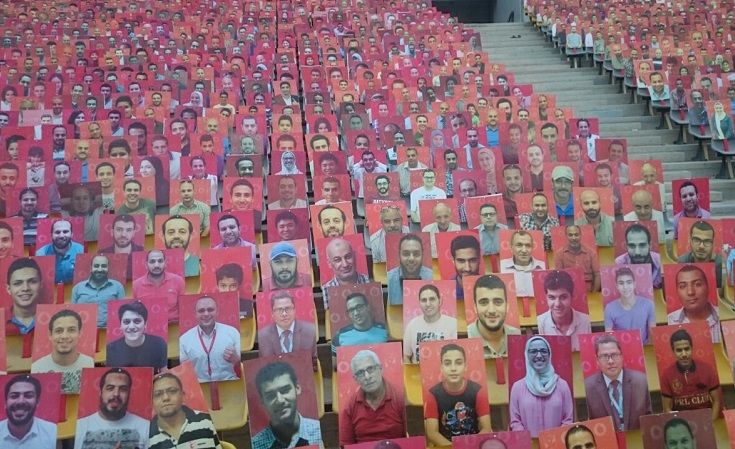 When it comes to connecting people, Vodafone is king; plus, they understand that Egyptians love and miss nothing more than their beloved football. In the wake of dark times in Egyptian football, Vodafone has decided to bring light by giving Al Ahly a boost, but more importantly by honoring the beloved fans who helped make the team what it is today.

As a touching tribute to the special bond Al Ahly has with its fans, Vodafone will be placing the images of fans on the back of the Al Ahly jerseys that the players will wear. This symbolic gesture couldn’t make any more sense considering that Al Ahly's winning ways lie largely on the backs of their devoted and supportive fans. If that isn’t enough of a boost for Egypt’s Red Devils, Vodafone has decided to bring back fans to the stands to remind the team that they have great supportive fans. Although fans won't be able to technically return quite yet, that hasn't stopped Vodafone from taking pictures of all sorts of Al Ahly and filling the stadium with cut-outs of them to show their beloved team that they still support them, even if they can’t show up for the games.