Dr Rania Al-Mashat is a seasoned local and global economics veteran and even an AUC alumna. 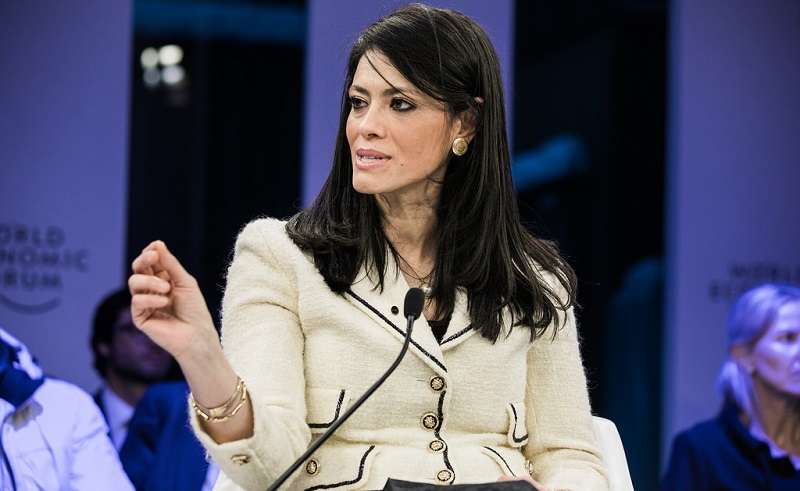 In the recent government reshuffle, former IMF adviser and deputy governor of the Central Bank of Egypt, Rania Al-Mashat, has been appointed as Egypt’s new Minister of Tourism.

Al-Mashat’s story is a testament to the sort of perseverance, dedication and level-headedness that the most successful women in Egypt, and the Middle East as a whole, have come to adopt and perfect over the years in order to be where they are now, so here are a few things you should know about our new Tourism Minister.

The First Female Minister of Tourism

To say the very least, it is not easy to achieve a high position in many institutions in Egypt, and it’s even more difficult in the global scale of things. With rigid barriers such as age, gender, nationality and race being more significant factors than they should be, Al-Mashat’s appointment as the very first female Minister of Tourism in Egypt’s history is not only a triumph for the country and its women, but for the female population of the Middle East as well. “To all Egyptian girls, continue to invest in your education. The world is very competitive and what you know is what distinguishes you from anyone else.”— Rania Al-Mashat

Al-Mashat enrolled in the AUC back in 1991, majoring in computer science and business administration up until she discovered that she had a thing for economics. Throughout her time at the AUC, she was exposed to a multitude of experiences which catapulted her to the international dimension of economics, giving her the validation she needed to pursue her master’s and PhD in economics in 2001 at the University of Maryland. She was an avid fan of extracurricular activities during her time in the AUC, going on to dabble in the Model Arab League, Arab, Cultural Club, AIESEC and the Model United Nations, she also went on to represent Egypt along with her colleagues at the Bruno Kreisky Forum for International Dialogue in Austria, and in 2013, she received the Distinguished Alumni Award from the AUC, where she advised future AUC students to be authentic, open to exploration and set clear intentions.

Not one to shy away from numbers at all, Al-Mashat has been a leading expert on monetary policy and global economics, working in many high-profile financial institutions both in Egypt and the world as a whole in many capacities. She was the youngest economist to become part of the International Monetary Fund (IMF), and her post as a senior economist there eventually opened her eyes to the impact she could have on Egyptian economics, prompting her shift over to the Central Bank of Egypt in 2005 as assistant sub-governor and head of the Monetary Policy Department. It was Al-Mashat’s efforts that helped modernise the bank’s systems and dealings, “Serving Egypt by contributing to policies that would make the riches of the Nile flow to all its citizens is not only a mission, it is a passion.” After 11 years of refining Egypt’s economic state, she eventually made her way back to the IMF, as an adviser to chief economist, Professor Maurice Obstfeld.

You’d be surprised at how impactful Al-Mashat’s role in the grand Egyptian scheme of things is; having aided in the design and presentation of Egypt's Economic Program after the 2011 revolution to the government as well as her many efforts in the Central Bank of Egypt to shape the future of Egypt’s economic growth, “As an Egyptian, I am very proud to have played an important role in the country’s economic management process during this very challenging period.” She has also been a strong proponent of gender equality worldwide and especially in Egypt, “I think that there is a sincere focus by the management in Egypt on trying to put competent women in key positions,” she argues. “Many of them are passing the test, creating very good role models for the younger generations to invest education and dream of fulfilling a goal.”

In honour of International Women's Day, here are women who are changing food in [...]
Week Month Year