When the Sun Shines on Ramses: Egypt’s National Campaign to Restore Abu Simbel

As the sun perfectly aligns with the face of the statue of Ramses II in Abu Simbel this October 21st, Egypt's Minister of Antiquities launches a campaign for the restoration of legendary monument. 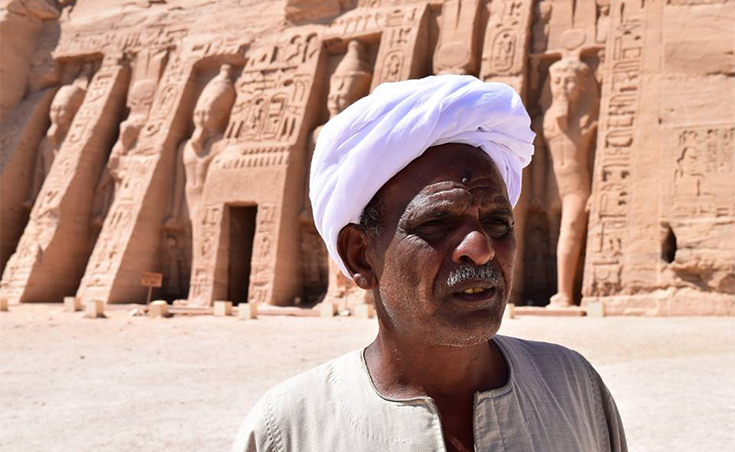 In an effort to promote tourism and work towards the restoration of historical monuments in Nubia, Egypt’s Minister of Antiquities Mamdouh al-Damaty launched the “Abu Simbel 50” campaign last Saturday. The campaign aims to reach out to tourists locally and internationally through continuous events, including a simulation of the lifting of King Ramses II's face at the Pharaoh's temple in Upper Egypt, in conjunction with the sun alignment on his face on October 21st.

The campaign will run until October 22nd and will also include a week-long symposium for artists entitled "Abu Simbel in the eyes of artists."

The initiative, organised in coordination with the ministries of Culture and Tourism, will also carry out a technical review to ensure the safety of the temple during the restoration, we well as promote research and innovation as a means to a comprehensive development in Abu Simbel City and the Nubian region, while preserving the identity of the place.