Who Needs School? One Woman’s Mission to Create Self-Learning Communities in Egypt

Nariman Moustafa is working to transform schooling in Egypt, hoping to change the current system and instead implement the use of self-directed learning. 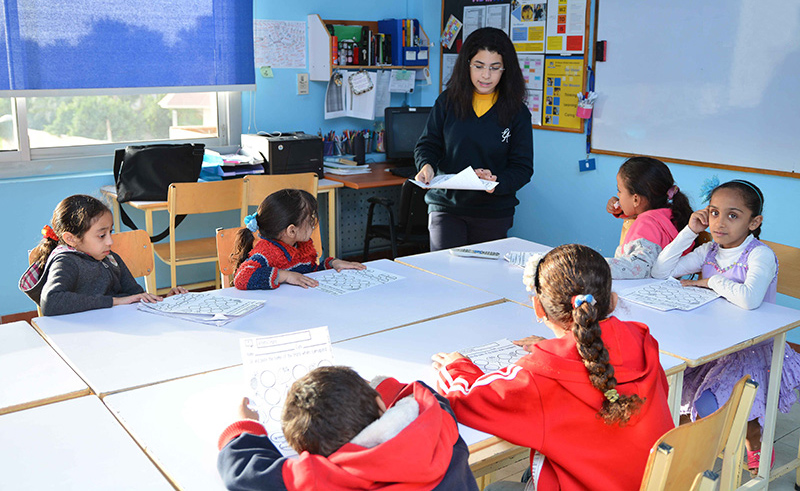 Amid a lagging educational system based on memorising and repetition, one woman is taking it upon herself to transform schooling and change a system that she considers “oppressive” for a method that is revolutionising schools across the world.

A facilitator, convener and “catalyst of changemakers” as she defines it herself, Nariman Moustafa works across different organisations, such as the Cairo Institute of Liberal Arts and Science, Ashoka Arab World, Education Square, Soliya and the Arab Thought Foundation. Her efforts are summarised in three words: self-directed learning. “My passion lies in creating self-organised communities that create bottom-top social change,” she says.

This week, the educational advocate is organising several events for teachers, parents, students, education practitioners and authorities to bring innovative concepts that transform the educational system. “We are focusing on the model of Agile Learning Centers (ALC), which is self-directed learning, and how to organise self-organised learning communities that breaks with the centrality of the education system."

For the past week, Moustafa acted as a host in the rapidly growing Egypt Agile Learning Centers network, and organized a workshop for mothers, teachers and children starting homeschooling communities in Egypt. The specialist is currently holding an intensive two-day training at the American University in Cairo (AUC) Tahrir campus, directed at social entrepreneurs, changemakers and people who already have or are aspiring to start initiatives in the field of education.

“The workshop was awesome and created a network that will take the concept of self-directed learning inside existing schools and homes in Egypt,” says Moustafa, as she anticipates an open talk to the public on Tuesday 24th, to be held at the Cairo Institute of Liberal Arts and Sciences at 6PM.

For more information, check out the event on Facebook.