Win All You Can Eat Mori Sushi at CFC Launch

Show the pioneers of Japanese cuisine in Egypt your best karate moves and you'll be in with a chance to attend the grand opening of Mori Sushi's new branch at Cairo Festival City. 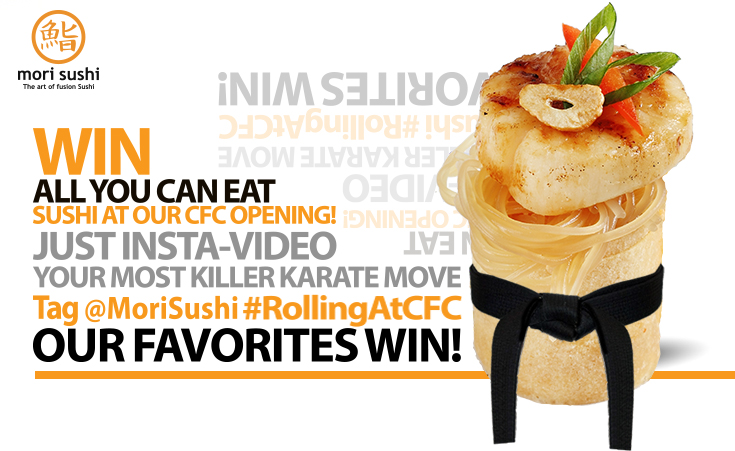 Seriously, who doesn't like sushi? The best thing to ever come out of Japan, dearer to us than even Pokemon and Atari, is going to being served by the platter-load as they celebrate the launch of their latest branch ready to fill Cairo Festival City with eager eaters, armed with chopsticks, starting December 10th.

And to spread the cheer about the imminent opening of its new branch, Mori Sushi is launching a competition that will see lucky winners and their plus ones receive an invitation to the grand opening, with all you can eat sushi on the agenda. All you have to do to win this delicious prize is take Instagram video of your best karate move and tag @morisushi and hashtag #RollingAtCFC. The first 100 people to do so will have a date at the new Mori Sushi branch on December 10th!

Find out more about Mori Sushi on their official Facebook page here.