It's World AIDS Day, and although the disease is still considered one of Egypt's biggest taboos, the UN in Egypt is launching a new awareness campaign designed to bring stigma, death tolls and infections to zero. 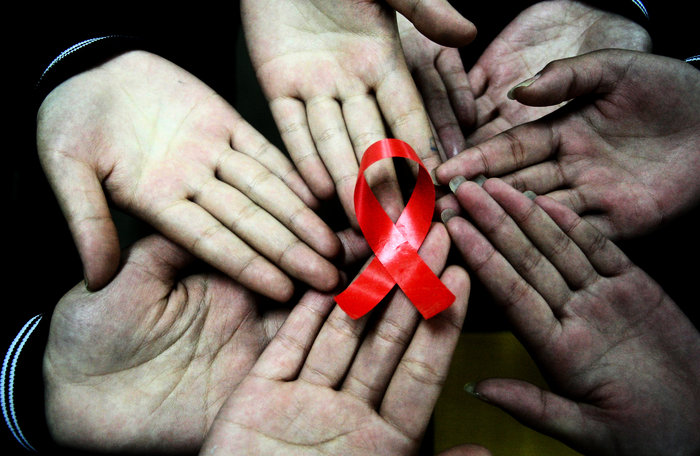 On December 1st, the entire world directs its attention to one of the deadliest pandemics this world has ever seen on World AIDS Day. Worldwide over 35 Million people are HIV-positive, seizing the chance of World Aids Day to raise awareness about the disease that has killed almost 40 million people since its recognition as a pandemic in 1981. But what about HIV in Egypt? We are here to look at the facts.

According to the latest statistics less than 1 percent of the population infected with HIV, and Egypt is a low-HIV-prevalence country. However, these numbers should be taken with a grain of salt, like many that come out of Egypt. Due to a negligence of the Egyptian population to practice safe sex the risks associated with the spread of the disease are very real though. The general reluctance by the government and society to discuss topics that are relevant in the transmission of HIV, such as homosexual intercourse, prostitution and drug abuse, contributes to a lack of education about the deadly disease.

In 2014, the military government of Egypt had claimed they invented a device that can detect diseases such as HIV and Hepatitis C without a blood sample and consequently cure them. Although internationally the invention earned nothing but ridicule, Egyption Army General Ibrahim Abdulatty and a set of scientists insisted the invention would change the way such diseases were treated. However, the device has not found credibility as of today.

With national taboos preventing an open dialogue about safe sex the endeavor to maintain low-HIV-prevalence status is increasingly hard. On World Aids Day, Egypt hopes to join the global conversation and unite in the fight against HIV. Egypt will launch a World AIDS Campaign 2014 tomorrow at the UN Information Center for achieving three zeros: Zero new HIV infections, Zero AIDS related deaths and Zero Stigma and Discrimination by 2030.