While an authentic downtown Cairo experience has its charms, here are five reasons why going to see Wust El Balad the band at Cairo Jazz Club next week will be better than going to actual Wust El Balad... 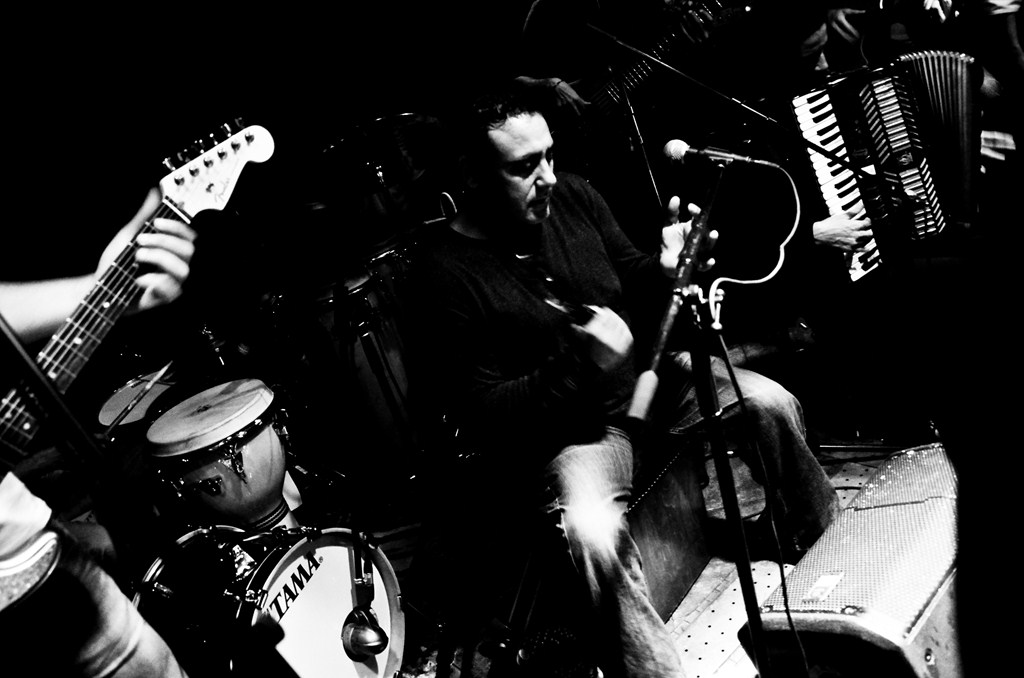 Unless you have been living in a tomb buried in the vast endless Egyptian desert, then chances are you have heard about the band Wust El Balad. Formed in 1999, the band has spent years playing venues all over Egypt, making a name for themselves and amassing over a million fans on Facebook. Since their formation, the soft Rock Oriental fusion band have managed to record and release two brilliant albums filled with original material.

On Tuesday, 13th May, the iconic band will be gracing the Cairo Jazz Club with another of their signature high octane performances, right after Jazz fusion maestro Karim Hossam warms things up. We expect many fans to come out, but for those who don't know what they will be missing, we have decided to compile a list of reasons why it is better to check out Wust El Balad at the Cairo Jazz Club, rather than visiting the actual Wust El Balad.

Would you rather spend hours trying to navigate the narrow one way streets, endlessly searching for parking in downtown Cairo, or would you rather travel to the Cairo Jazz Club and let the valet sort it out while you get serenaded with original sound waves? Only one of these options will leave you wasting hours being sober. Can you guess which one?

If you've been to Wust El Balad before, then surely you have been harassed by many shop keepers struggling to sell you anything to make up for the lack of tourists. How many times will we have to turn down your terribly cheap and fake sunglasses? By going to CJC instead, you can guarantee that everything you see and hear, including the original music, will make for a hell of lot cooler evening than wearing Ray Pans at night.

Wust El Balad used to be Cairo's finest arts and culture hub with streets filled with graffiti that helped Egyptians express their unique identity. However, that has all changed now that the state has gone on the offensive, erasing any evidence that Egyptians care about their art and their state. Thankfully, at the Cairo Jazz Club, arts and culture are not only protected but constantly updated, making for a fresh scene that reflects what Egyptian want to hear. And, as it stands, Egyptians want to hear original Oriental fusion.

Wust El Balad is filled with tons of traffic and annoying venders with terrible stereos blaring today's latest Shaabi-sounding dump. Together, these annoyances create a symphony of noise pollution that will have you voluntarily jumping into the Nile wearing a block of cement as shoes. Before taking that plunge, consider instead going to the Cairo Jazz Club and catching an seven-piece band that combines traditional Arabic music with a modern, Western twist. Wust El Balad the band are guaranteeing a night that sure to be a memorable high point instead of a lonely low point (at the bottom of the Nile).

You can't drink publicly while walking the streets of Wust El Balad, but you can definitely drink while watching Wust El Balad. Which would you prefer to do? If it is the latter than book your calendar for 9PM this Tuesday and get their early, as every time this band plays the house is always packed.

You can book your spot for Cairo Jazz Club using Tazkarty.net