The club formerly known as Yasso, then Y-Lounge and now Yasso Lounge, is throwing a massive birthday party for itself. 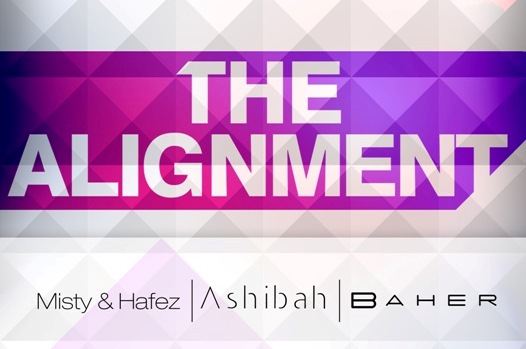 On the 18th of April, Yasso Lounge will be celebrating its second anniversary in signature high-octane style with three of the biggest and best acts to come out of Egypt and an ultra-exclusive guest list featuring 450 of the city's coolest movers and shakers. The club formerly known as Yasso, then Y-Lounge and now Yasso Lounge, seems like it’s finally going back to its roots which saw it host some of Cairo’s most memorable parties in the last couple of years. The Alignment, however, is an anniversary party with a difference.

The lush line up kicks off with award-winning DJ Baher - one of the hottest deck-dazzlers currently spinning on the scene. And it’s no coincidence that he’s up first: “Yasso Lounge was the first place I witnessed a true, positive energy in a club in Cairo, starting with the I Love Nacelle Weekend, a while back,” he says.

Next up will be the irrepressible Ashibah. Having performed in some of the world's most popular venues, she will be landing onto the Yasso stage straight from Denmark, infusing the night's proceedings with her vampy vocals. Last, but certainly not least, are everyone's favourite DJs, Misty & Hafez, the ultimate party-starters. Except in this case, they'll be the ones mandated to make sure the party goes on all through the night!