Zoomaal is bringing crowdfunding for creative projects to the Middle East. We talk to CEO Abdallah Absi about the inspirational new initiative. 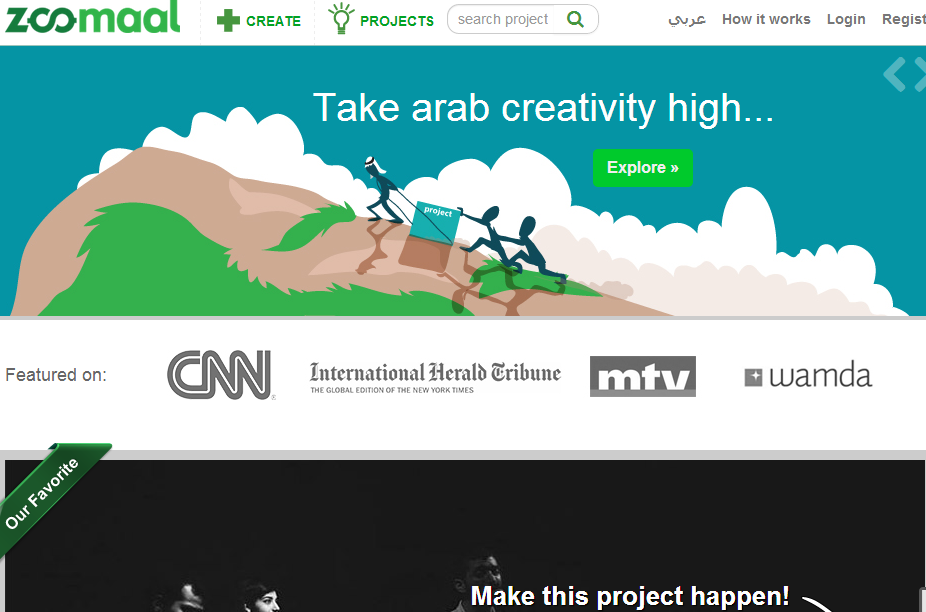 In a country where nothing gets done the easy way, no one has money, and everyone is an entrepreneur, sites like Zoomaal are an absolute godsend. Zoomaal is an initiative by four major Arab investors Wamda (UAE), MEVP (Lebanon),N2V (KSA), and Sawari Ventures (Egypt) launched in February this year with an aim to support projects that require $5,000 or less.

Having seen the success of websites like Kickstarter and Indie Gogo, it was inevitable that a crowdfunding website in the Middle East would be next. CEO of Zoomaal, Abdallah Absi, told us: “I knew that crowdfunding had to come to the region. I proposed it to Middle East Venture Partners in Lebanon and they got excited. However, we had a concern that this initiative will only attract people in Lebanon, and we decided to get four venture capital funds on board from different countries to inject capital and expose us locally." Using a similar model to western crowdfunding sites, anyone can go on and check out the projects on show, whether it’s about film, art, a new business idea or product, you can invest any amount you like through the site's secure payment systems. If the project reaches its target investment before the deadline, you can receive benefits such as involvement or souvenirs from the project or small cash rewards.

It’s based on an all-or-nothing system, so if you post your project on the site, you can only receive your funds if you reach your total goal before the deadline. Where it differs from Kickstarter though, the project being submitted has to have a defined, reachable goal. The site has a multi-lingual interface and a local community outreach and education programme to communicate with communities that barely have credit card penetration and are afraid that their ideas will be stolen. Most importantly, Zoomaal has a direct reach to Arab funders, putting budding entrepreneurs in touch with Arab funders interested in investing back into the region.

There’s currently a wide range of projects up for funding on the site from a modern tooth-cleaner, to a Mashrou’ Leila concert to a social network that makes your dreams come true. “We had more than 300 projects submitted to Zoomaal before it even went live. It wasn't an easy job filtering out so many interesting projects that didn't match our strategy and mission,” says Absi. We do wonder, though, with the region so used to certain paths to financial success how well would a crowdfunding website do here? “Ever since we launched we've seen most of the funds pouring from the Arab world which totally challenged our expectations. Many people doubted the applicability of crowdfunding in the region, but the very first days of the launch of Zoomaal have proved them wrong.”