Egyptian University Students Create a Car That Runs on Air

While we doubt that the streets of Egypt will soon be seeing air-fueled cars, we certainly do dream about it. 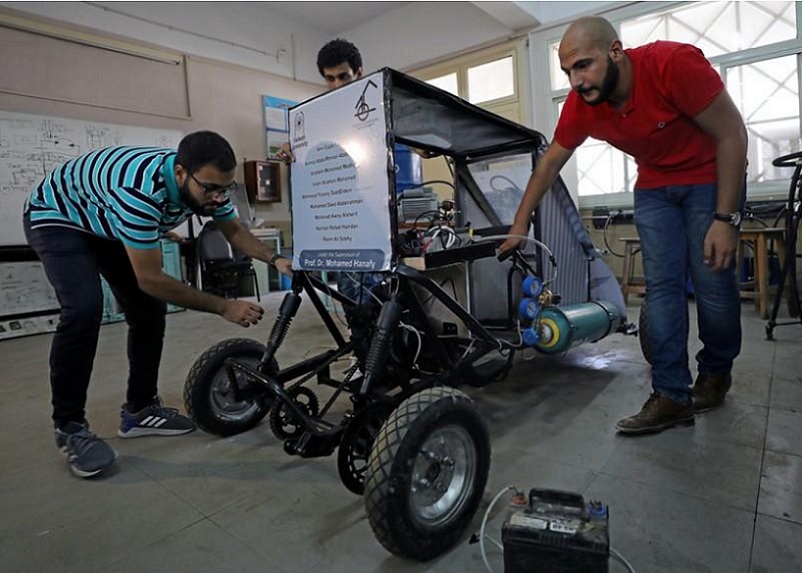 A group of mechanical engineering students from Helwan University were successful in creating a car that runs on air, which was their graduation project. The best two things about this venture is that it’s as cheap as it sounds, and it’s great for the environment. The project is a prototype of the single-seater vehicle. The car is "fueled" with compressed oxygen, and according to the students, can last up to 30 kilometres running, before needing to be refueled again. It currently runs at a speed of 40 km/h. The students who’ve worked on the project said that creating a vehicle that runs on air acts as a combatant against hikes in energy prices and pollution. The execution of the project cost them EGP 18,000 to build.

For the next step, the team of students is seeking funds in order to create more of the same vehicle. According to Reuters, their mission is to get the car to surpass the speed of 100 kilometres an hour while beating the 100-kilometre mark before having to refuel again. All images are from Reuters/Mohamed Abd El Ghany.