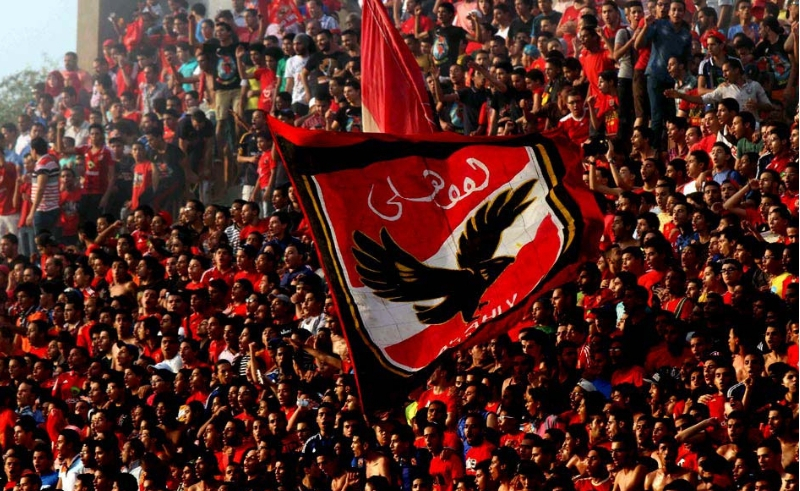 Last Tuesday, Pyramids FC announced owner Turki Al-Sheikh’s complete withdrawal from sports in Egypt due to "personal attacks" by Al-Ahly fans, and the Confederation of African Football (CAF) have now taken action against Al-Ahly due to these attacks.

In the latest episode of the never-ending controversy surrounding Al-Sheikh, the Confederation of African Football (CAF) has now fined African giants Al-Ahly $20,000, further hitting them with a two match-ban, according to Ahram.

"It was reported to the disciplinary committee that Ahly spectators had unsporting and offensive behavior during match no. 142, played in the frame of CL 2018," according to a statement by CAF on Twitter.

“Ahly will play the next two official senior team matches behind closed doors, without spectators. However this provision is suspended for the remainder of the 2018 season on condition that Ahly isn't found guilty of a similar offence during this period”, they added.

Al-Ahly fans have never warmed up to Al-Sheikh, far from it, and this latest dispute was sparked by a conflict between Al-Ahly and the Saudi Football Association over the timing of a Saudi-Egyptian Super Cup match.

Al-Ahly club president Mahmoud El-Khatib has distanced himself from the conflict, asking fans of the club to not insult any person or entities and to focus instead on supporting the club.

The eight-time African champions are currently sitting in seventh place of the Egyptian Premier League, six points behind leaders Zamalek, who have played 3 more games. They’ve now qualified for the Champions League semi-final, and will be hosting Algerian side ES Setif on the 2nd of October, before traveling to face them in Algeria on the 23rd of October.