3,300 years-old, to be exact. Back at the time, it strategically guarded the eastern realms of the Egyptian civilisation. 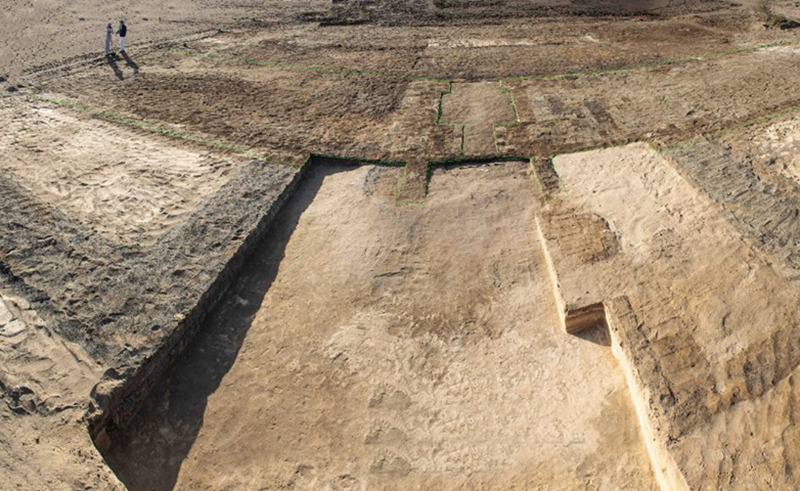 An archaeological mission lead by Mostafa Waziri, Secretary-General of the Supreme Council of Antiquities, announced on Monday the discovery of an Ancient Egyptian military fortress in Tal AlKedwa in Northern Sinai, dating back to the 26th Dynasty's Psamtik Era.

"The mud brick-constructed castle that belonged to the 26th dynasty is the oldest historically," Waziri stated in a statement, elaborating on how the castle is the oldest in the region. Like so many historic sites, the fortress was built upon the structure of another unfinished castle. Surrounded by an 85-meter-long southern wall, the castle itself is 11 meters wide and 16 defensive towers.

During the excavation, rooms belonging to the soldiers who protected the fortress were unearthed and several spear heads and antiquities were found. Through examination of the site, it was concluded that the defensive fortress had been active in its defensive roll, with the remains baring the signs of coming under severe attack.

Photos courtesy of Ministry of Antiquities