Following our “thorough” investigation of some odd found footage we’d received, another piece of evidence popped up to clear up the confusion about this so called 5 Star phenomenon. 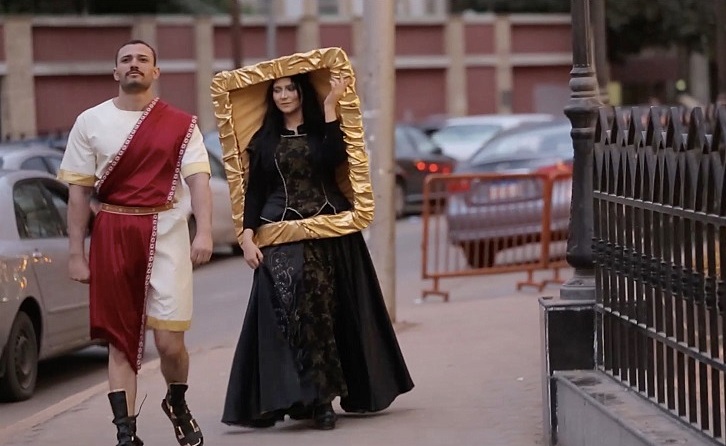 Who knew chocolate could be this weird? Nobody but Cadbury apparently. A little while ago, we stumbled on an odd video of what we could only assume was a chocolatey social experiment; a bunch of folks in one of Cadbury’s disguised test chambers being given a sample of their new candy creation. Instead of supplying Cadbury personnel with legit feedback, however, they all seemingly started to act strange; becoming paranoid, seeing things and generally just displaying odd behaviour.

#SceneBuzz: @cadburyegypt’s new 5 Star chocolate found to have insane effects on the human brain. A leaked video has revealed that side effects include hysterical laughter, hallucination and general tomfoolery. Forget everything you thought you know about chocolate (insert dramatic dum dum duuuum sound here).

So we decided to do our own investigation into the matter (we like to pretend we’re journalists), and though our efforts seemed to be going in an interesting direction (read: nowhere at all), another piece of the puzzle managed to fall into place and do our work for us (such a shame); though we’re not exactly sure if it was just our imagination or if it’s factual, we stumbled upon an outlandish video featuring Dar El Salam’s very own Mona Lisa, accompanied by who we could only assume was Dar El Salam’s Mark Anthony (Dar El Salam is a strange place, alright?) These two sentient hallucinations seemed to be handing out the titular (and at this point, questionable) 5 Star bar, dragging more and more people into the milk chocolate miniverse that they seem to inhabit.

Though we have almost no idea what’s going on (we usually know a thing or two), all we do know is that there's a new chocolate to feed into our chocoholism and we're ok with it.