Egypt's First Electric Car Assembly Plant Is in the Works

Egypt is quickly moving to catch up to the booming electric car industry. 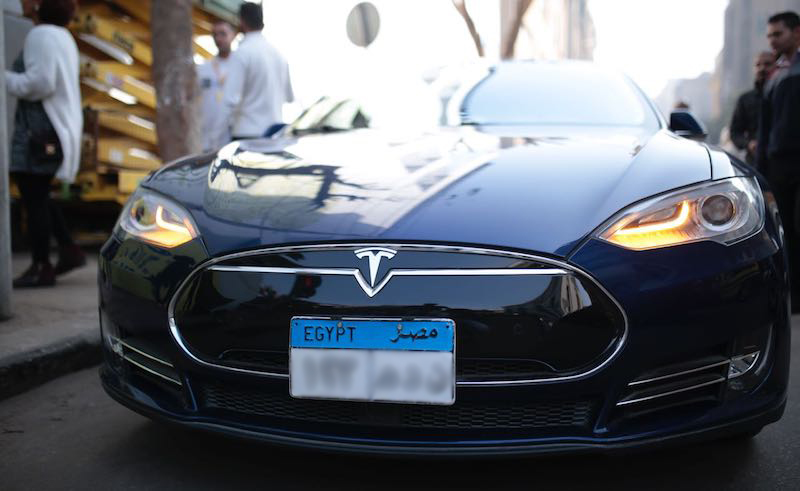 Electric cars have been pretty niche for a while in Egypt,  but it seems like they are finally about to make a breakthrough into the Egyptian market, thanks to Drshal. The Egyptian company promoting electric vehicles (EV) has signed partnerships with Chinese companies Dongfeng Motor Corporation and Vasworld Power Corporation Limited to create the DFLZ M5.

The Chinese companies will be providing electric cars and batteries, while Drshal will be constructing an electric car assembly plant for production.

The cars will be sold at affordable prices, since, according to the former minister, EVs are exempted from custom duties. The spare parts will be provided by car companies throughout Egypt.

"The new electric vehicles will finally enter the Egyptian market, which has great potential, with its high purchasing power and unique location as a gateway to Africa and the Arab countries," Wang Li, Chairman and CEO of Vasworld Power Cooperation Limited, reportedly said.

For their long-term plan, Drshal hopes to produce and distribute the electric cars to countries all over Africa and the Middle East. "To first test the market and measure purchasing power, since this is a new technology, we will start by producing 500 to 1,000 cars on an experimental basis," said Kamal Abdel Hamid from Engineering Automotive Manufacturing, Drshal's government partner.

Although electric cars have gained popularity due to their environmentally-friendly attributes, Egypt is only starting to catch up; it could be a game changer due to the fact that Egypt is the first in its region to manufacture EVs.

Egypt has already began building charge stations for electric cars in the Cairo-Suez highway, with Revolta Egypt. Drshal, too, is planning on building an EV charging station on the Cairo-Alexandria desert road.