Investors Managing $5.5 Trillion Get Together For Artsy Edition of EFG Hermes' CEOs’ Dinner 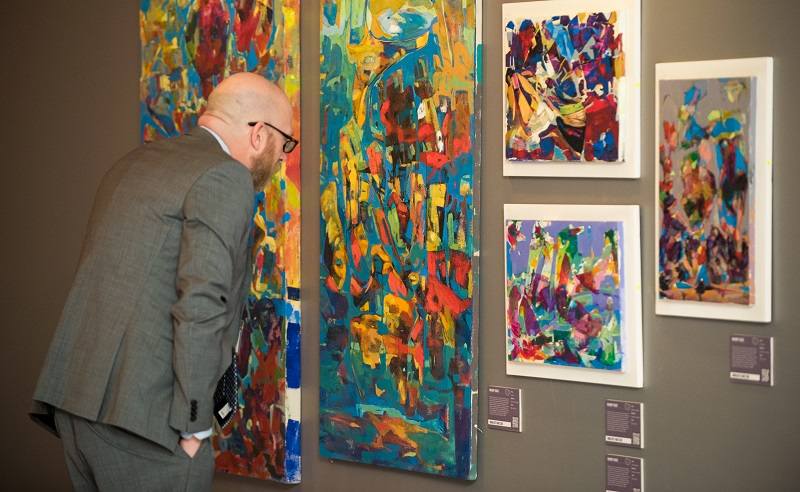 While the general outlook on the state of Egypt’s economy is, let’s call it cautiously positive, what most don’t care to realize is that Egypt is an incredibly attractive target for foreign investment right now. In fact, as recently as this June, Egypt was named as the top destination in Africa for foreign investment.

But the work is far from done and if we’re to get out of this phase, we need to keep persisting – something that EFG Hermes knows all too well. EFG Hermes also knows that social media campaigns flooding feeds with pretty pictures aren’t going to cut it and has used its own clout in taking real action. This week, they hosted a spectacular gathering at the Four Seasons Nile Plaza which brought together the CEOs of the top listed local and multinational corporations doing business in Egypt for this year's edition of EFG Hermes' CEOs' Dinner, which took place as part of their three-day business conference, The Egypt Day Summit. The dinner saw top global financial institutions and investors representing a total of a whopping $5.5 trillion in assets mix and mingles amongst each other, but also with top Egyptian government officials - basically a networking wonderland. They were also joined with heads of international sovereign wealth funds and financial institutions to discuss investment opportunities in the blooming Egyptian market. The dinner had a second motive, too – to promote a different side of Egypt. Highlighting the prestigious gala dinner was the Arts-Mart Gallery showcasing various pieces by thirty five young Egyptian contemporary artists, exhibiting a diverse collection of art styles and disciplines tied with one common theme; Egypt's cultural and social transformation, which falls in line with the conference's main theme on the transformation in Egypt's business scene and evolution of its regulatory frameworks over the past few years. While the two fields may seem worlds apart to most, it’s important to remember that just as arts and culture has been a cornerstone of Egypt’s heritage, it's also a cornerstone of its socio-economic revival.