A pivotal outcome of Egypt’s strong cooperation with Russia, these venerable war machines are as iconic as they are powerful. 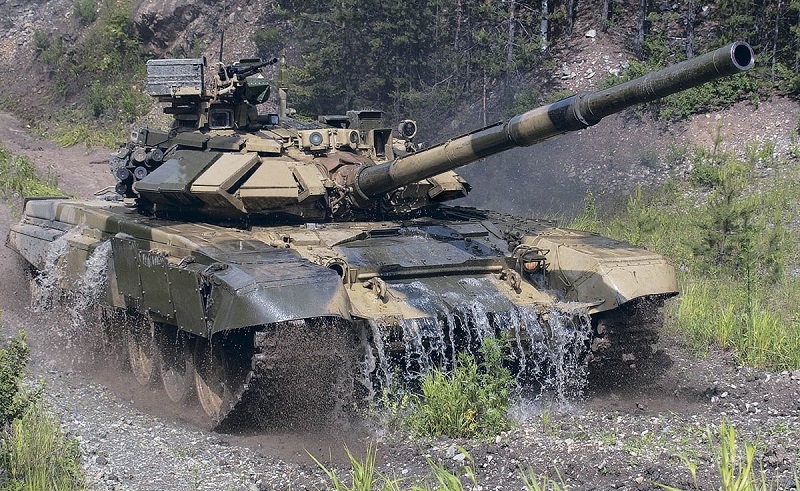 In a spot of armoured news this morning, an official announcement from Russian UralVagonZavod automotive plant (the world’s largest main battle tank manufacturer) revealed solid plans pertaining to the establishment of a local assembly line and maintenance facility for 400 T-90S/SK main battle tanks to be assembled in Egypt by late 2019, at a rate of about 50 tanks a year, according to Russia Today. This is only one of the many outcomes of a long line of Egyptian-Russian relation building in Egypt’s bid to add variety to its military equipment.

Details are scarce at this point, seeing as the project yet hinges on the mother company’s official authorization for full-scale assembly in the region, but it’s not too deep in the maybe pile, according to a statement announced last year by the company; "works on territories of foreign states to create facilities for complex maintenance and repair of previously supplied equipment, including implementation of projects to create joint ventures with foreign contractors." So it's not all in the air.

Though it isn’t a state-of-the-art example of armoured warfare, the T-90 (in use since 1992) has earned a place in the annals of battle tank history as one of the sturdiest, most dependable and most effective main battle tanks in human military history. The T90-S is the export model of the line; it touts a massive 125 mm (that’s shell diameter) 2A46M smoothbore main gun capable of firing a armour-piercing fin-stabilised discarding sabot (APFSDS), high explosive anti-tank (HEAT) and high explosive fragmentation (HE-FRAG) shells, as well as laser guided 9M119M Refleks anti-tank guided missiles (ATGM) up to a maximum range of about 6 kilometres. In addition, it boasts a 12.7 mm remotely controlled Kord heavy machine gun against aircraft and a 7.62 mm cannon-mounted (coaxial) PKM machine gun, all encased in a near-impenetrable arrangement of composite armour, steel plating and Kontakt-5 explosive reactive armour, with a 1,000 horsepower B-92C diesel engine. The T-90SK is the commander’s version of the S model, complete with additional communication and navigation gear, as well as a remote-detonation system for high explosive fragmentation shells.