Egypt's 'Sunken Mysteries' Exhibition Goes to the US

The ancient artefacts on display were all discovered in 2000 in a submarine expedition led by Franck Goddio. 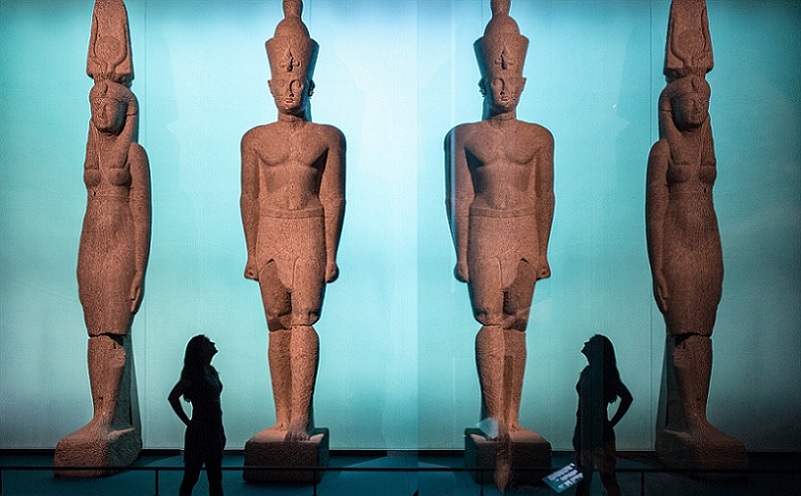 "Egypt's Sunken Mysteries" exhibition is going to be inaugurated in Minneapolis, USA by Mostafa Waziri, Egypt's Secretary-General of the Supreme Council of Antiquities.

The 293 items on display at the exhibition include the statues of Isis, as well as statues of the sphinx and colossal sculpture. It furthermore includes valuable items like coins and jewellery, and objects with Egyptian and Greek writing. The artefacts were originally discovered in an underwater exhibition in 2000. An underwater exploration by the European institute for Underwater Archaeology (IEASM) led by Frank Goddio found the submerged city of Thonis-Heracleion and Canopus near the coast of Alexandria.

The exhibition started in the Institut du Monde Arabe in Paris in 2016, where it then made its way to the British Museum in London, and a stop in the Rietberg Museum in Zurich.

In the United States, the exhibition's first display was at Art Museum in St. Louis.