Each player is recreated in a unique, artistic style fitting their era and reputation. 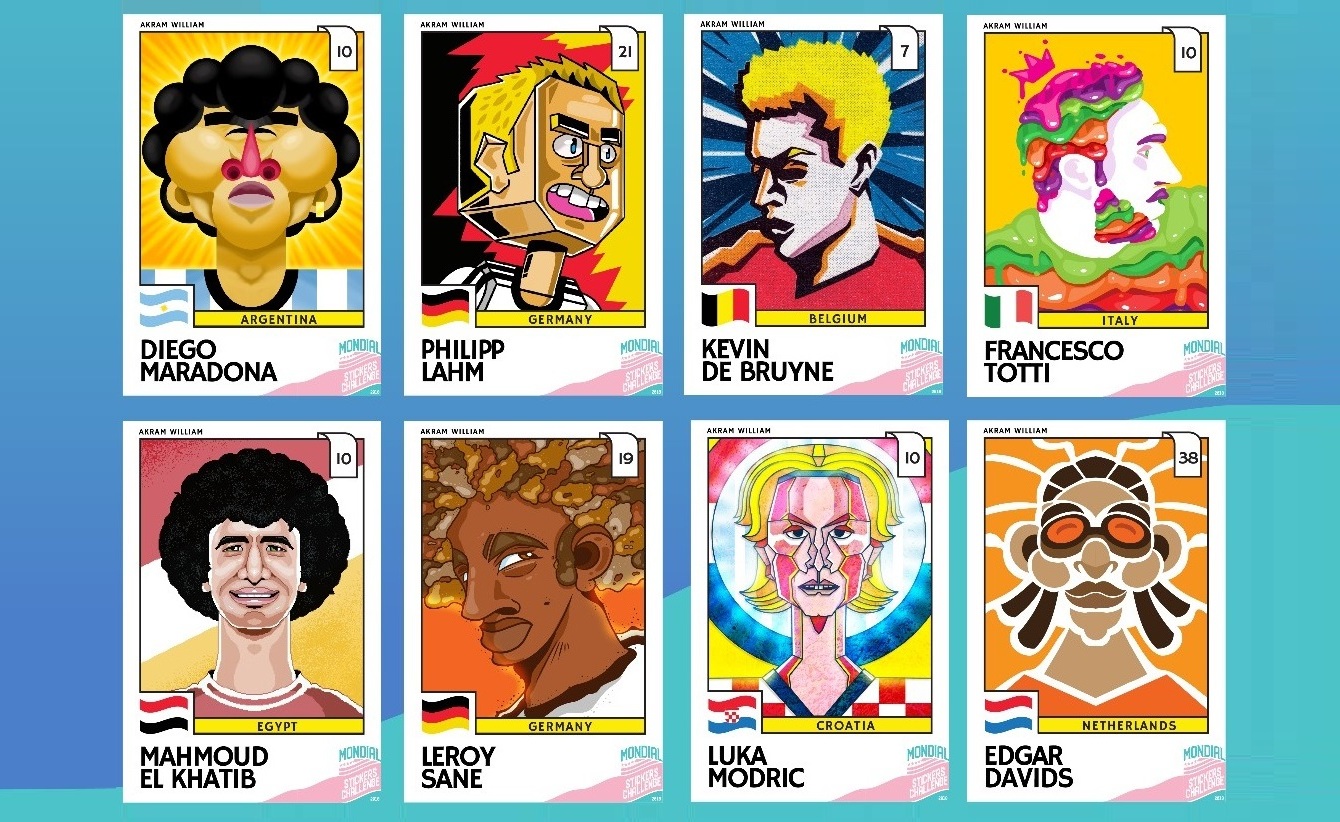 Anyone who grew up following football in the 90’s will be familiar with the iconic Panini football stickers that occupied so much of every 8-14 year-old’s time. The concept was simple; you brought a booklet, with pages and pages of blank spaces, each with a footballer’s name underneath it. The idea was to collect as many players as possible by buying sticker packs, each giving you 6 random stickers. Kids would literally go crazy, with school yards filled with loitering kids trying to swap 20 mediocre players for Zinedine Zidane or David Beckham. Channeling their love for football and design, a community of talented Egyptian designers have collaborated to recreate these iconic stickers in a distinct, unique artistic style, bringing a heavy dose of nostalgia to proceedings too.

“I still have the booklet from the USA World Cup 94, the full collection," told us one of the participating designers, Akram William. "So when I heard of the idea by designer Ibrahim Hamdi to recreate them, I was over the moon,” added William, who works as a designer at a branding agency. “With the World Cup fever, Ibrahim Hamdi thought of the idea and grouped designers in Egypt together for a huge project with 8 designers in total,” continued William about the unique and quirky project. The designs have been universally loved, both in Egypt and overseas. “We got interviewed by a bunch of foreign publications," William told us proudly. "Finally, us Egyptian designers can showcase our work outside.” William very much enjoyed working on the Zlatan Ibrahimovich, which in his words is 5ateer, but his favorite one to work on was a retro-looking design of Egypt and Al Ahly legend, Mahmoud El Khatib, with William being a self-proclaimed pixel geek. To check out the full collection by the designers, click here.