No surprise there, seeing as they basically invented medicine among other things. 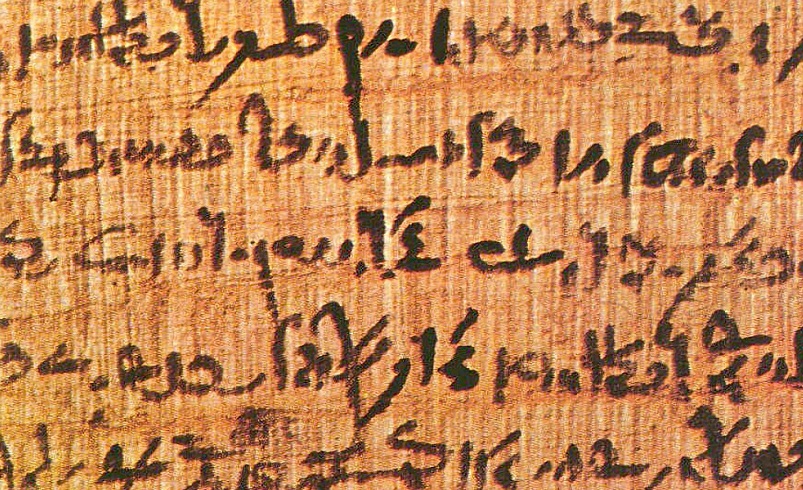 In a spot of medicinal news this fine Wednesday afternoon, a group of international researchers are hard at work deciphering previously unexplored papyrus manuscripts at the University of Copenhagen, Denmark. "A large part of the texts are still unpublished," says Egyptologist Kim Ryholt, Head of the Carlsberg Papyrus Collection at the university. "Texts about medicine, botany, astronomy, astrology, and other sciences practiced in Ancient Egypt." Researchers are currently fixated on making sense of the medical texts discovered at the Tebtunis temple library, an even older vault of info than the Library of Alexandria. Apparently, ancient Egyptians were fully aware of the existence of kidneys, "It's the oldest known medical text to discuss the kidneys. Until now, some researchers thought that the Egyptians didn't know about kidneys, but in this text we can clearly see that they did," says researcher and Ph.D student Amber Jacob. It might not seem like a big deal to you right now, but back then people thought a cold was demonic possession, so yeah. Ancient Egyptians also had their own version of a pregnancy test; a much more interesting experience than your average stick test. "The text says that a pregnant woman should pee into a bag of barley and a bag of wheat. Depending on which bag sprouts first reveals the sex of her child. And if neither of the bags sprout then she wasn't pregnant," says Sofie Schiødt, Ph.D student and researcher at the university.

Other finds include how astrology played quite the role in Egyptian society, such as how kings and military commanders would only go to war when celestial bodies aligned in a specific pattern, making it a good day to slaughter people for even more sand. "Today there are still a number of sources that theoretically were known by scientists but still sat dormant in various collections around the world without anyone looking at them in detail. Now the time has come to recognise them," says Hans-Werner Fischer-Elfert, an Egyptologist at the University of Leipzig. Here’s hoping they discover how ancient Egyptians also knew about livers or appendixes or other, more fun organs.