The unnamed man faces several charges after being arrested by the tourism police on Saturday. 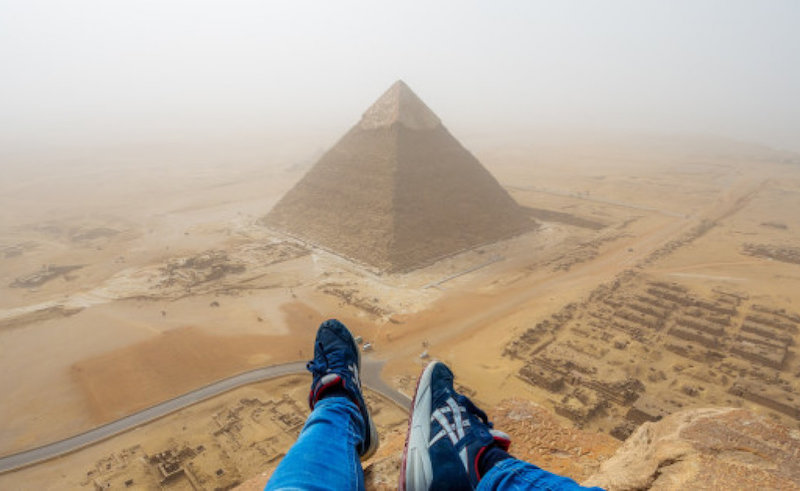 A man in his twenties was arrested this weekend after attempting to commit suicide by jumping off the Pyramid of Khufu, reports Al Ahram Online. The unnamed man, who is said to have suffered a ‘psychotic break’ amidst conflict with his neighbours, is said to have scaled the largest of the three pyramids on Saturday with the intent of jumping off, before being talked down by his father and sister.

A prosecution team has ordered a four-day detention of the man, pending investigation, with endangering himself and others, as well as climbing the pyramid – which can carry a three-year prison sentence – seeming like the likeliest charges.

Egypt has long had explicit laws against climbing the pyramids, with one of the biggest controversies in recent times coming in February 2016, when then 18 year-old German traveller, Andrej Ciesielski, was given a lifetime ban from entering Egypt after scaling the 139-metre high Pyramid of Cheops.