It seems the late president Anwar Sadat's limo is up for sale on Dubizzle for a mere 400,000 Dirhams. 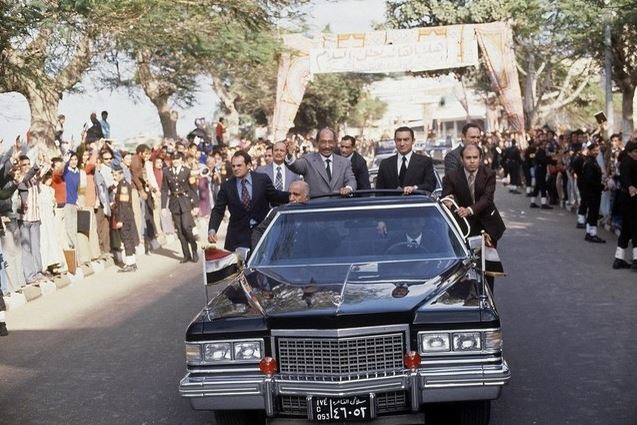 Have you ever wondered what it feels like to ride around like a president? We sure as hell have and now we actually have a chance to and so do you! Egypt’s third president, Anwar Sadat’s presidential limousine is now available for purchase on Dubizzle for just 400,000 dirhams.

The sweet Cadillac S75 Fleetwood is one of only 900 ever made, making it an exclusive collectible item. These special limos were only for the highest caliber of people back in the day, whether they were musicians, politicians or anything in between. It was a present from Jimmy Carter himself to President Sadat.

But where is it at now? It seems for the past 12 years it has been used by Egyptian Hisham Refaat, 37, who bought the car in 2002 at a Mubarak-era auction at the Presidential Palace in Cairo. He’s rarely been taking it out for a spin stating “I sometimes use it on a weekend to drive around; it attracts a lot of attention.”

Refaat proudly stated that the vehicle is still in mint condition with all its paintwork and upholstery perfect. Sadly, the vehicle doesn’t come equipped with what we’d imagine to be automatic weapons and bullet proof glass on a presidential vehicle. It simply has working windows and an AM/FM radio so you can royally cruise around blasting today's “interesting” music.

We highly doubt this gem is going to be on the market for long being as it’s one of less than a thousand plus it’s a timeless collectible with so much history that happened in the back seat. If you got the money, go for it!