We advise all you pagans out there to schedule a special ceremony on the 27th. 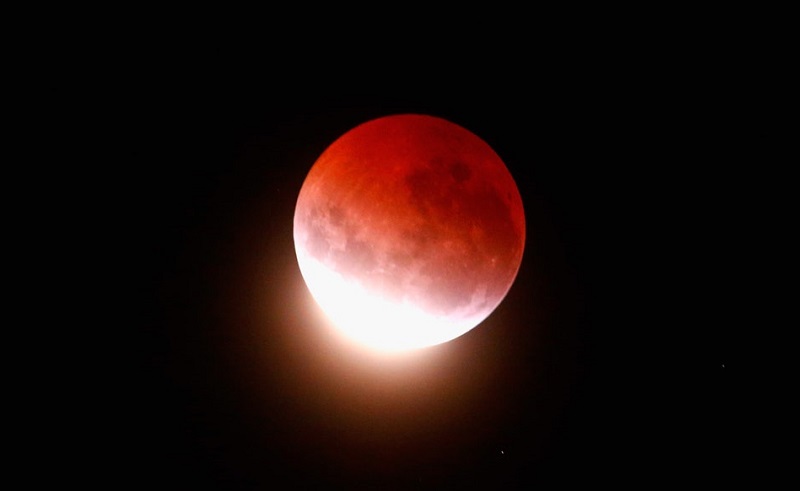 In a spot of moonlit news this fine Wednesday, the longest total lunar eclipse of the 21st century is set to take place on the 27th of July. It is set to last about an hour and 43 minutes; long enough to perform an eldritch ceremony in honour of Prince Ma’ayel Borb.

This isn’t just a regular eclipse though, friendos, it’s a blood moon; which means we might witness a nice shade of red in the skies. We say might because we’re not really sure it’ll be visible from Cairo; according to Space.com (which we assume is the ruling authority over space as a whole), the eclipse will be fully visible to much of Africa, the Middle East, southern Asia and the Indian Ocean region.” This has also been corroborated by NASA lunar scientist, Noah Petro.

Mars (the planet) is going to be quite the metaphorical star (again, planet) that night; swinging by our third rock from the sun – the closest it’s been since 2003 – and appearing at its brightest. You’re not going to need any protective equipment to spot the red hue of the moon either. Keep your eyes peeled for the greatest eclipse at 10:21 PM, while the total eclipse itself will last from 9:30 PM to 11:13 PM.