Death threats are not always the solution, but in this case, it worked. 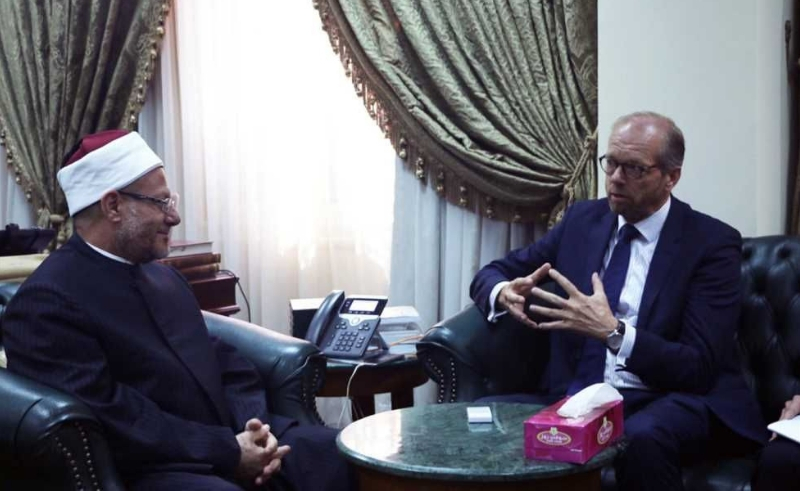 If there’s one thing the Muslim community hates, it’s drawing or representing the prophet Mohamed in any way, shape or form. Realising how serious Muslims deem this to be, Netherlands ambassador in Cairo, Laurens Westhoff, has apologised to Al-Azhar Imam and Egypt’s Grand Mufti at their headquarters for the previously planned, now cancelled cartoon contest.

“These racist contests are detrimental to the integration of Muslims in Western societies, urging the Dutch administration to show a firm stance toward the promoter of such provocative ideas that are as dangerous to world peace as terrorist organisations”, said Imam Ahmed al-Tayeb in a statement by Al-Azhar. The grand imam also praised the Dutch ambassador for coming out and formally apologising.

This story kind of felt like a soap opera, with more news on the airwaves every couple of days this past week; On Sunday, the Egyptian Parliament discussed the contest and strongly condemned parliamentarian Greet Wilders, who called for the contest, stating that he repeatedly attempts to defame Islam.

On Wednesday, Dutch Minister of Foreign Affairs Stef Blok apologised to his Egyptian counterpart Sameh Shoukry, according to a statement issued by Foreign Ministry spokesperson Ahmed Abu Zeid. On Friday, Muslims worldwide took a big sigh of relief as Wilders cancelled the contest, not so much due to a change of heart, but more due to alleged death threats and protests in Pakistan.