The new strategy could save up to 40% of water wastage for good use. 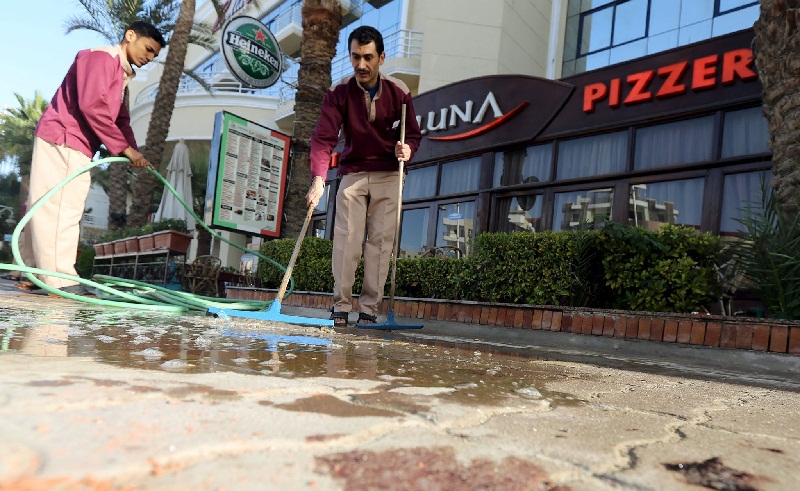 The Red Sea Governorate is experimenting with the use of greywater to clean streets and irrigate gardens in Hurghada, according to Egypt Independent.

Also known as recycled and reused water, greywater is relatively clean wastewater without faecal contamination that are taken from the streams of baths, sinks, washing machines and other kitchen appliances, and it is being used to save up to 40% of water following shortages.

“The idea started with the installation of independent greywater treatment units in houses, in order to reuse water in gardening and street cleaning, and to be the first model of an idea that could be distributed to the rest of residential areas in Hurghada,”  according to the head of the drinking water company in the governorate, Yehia Siddiq.

The treatment, which consists of three stages, will contribute significantly to saving water and reducing pressure on water and sewage networks, as greywater accounts for a massive 40% of total household wastewater.

Governor Ahmed Abdullah is very optimistic about the treatment and wants to expand its use by implementing it in irrigation crops within school courtyards.

The use of greywater could be beneficial in other areas of the country too, as Egypt is facing a severe water crisis. Uneven water distribution, misuse of water resources and inefficient irrigation techniques are some of the major factors leading to this crisis, so the country predominantly relies  on the Nile River as a main source of water.

In Matrouh, for example, only 50% of the households are connected to the free municipal water network, which is free but very irregular, forcing people to buy desalinated water from private vendors. All in all, the use of greywater in rural and peri-urban areas can result in lower water bills, reductions in the cost of pumping septic tanks, reduced pressure on municipalities to supply potable water, and improved productivity within household gardens, according to the Research Program on Water Land and Ecosystems.