Using props to demonstrate, Saudi Arabia's Sheikh Bandar Al-Khaibari rejects the rules of physics, insisting that the Earth is stationary. 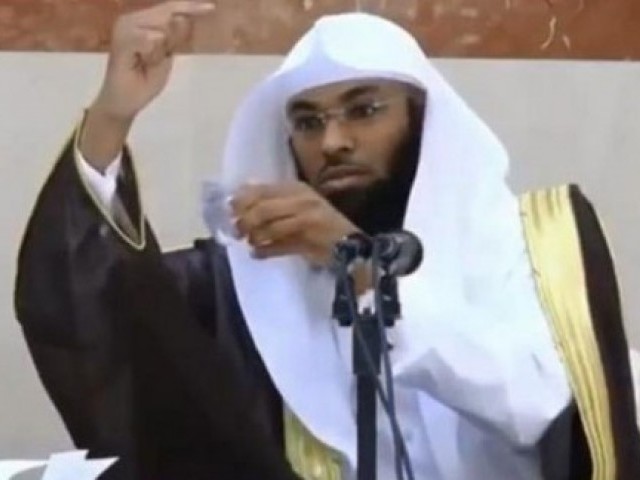 Proving that the Kingdom of Saudi Arabia is in dire need of better education system is none other than Sheihk Bandar ‘I Failed Kindergarten’ al-Khaibari who attempted to explain to students that Earth is stationary and doesn’t revolve around the sun.

When a student asks whether the Earth is stationary or moving, the simple answer should be absolutely not, you idiot. However this is Saudi Arabia and instead of corroborating centuries of evidence Sheihk Bandar “I Shouldn’t Be Teaching a Class” al-Khaibari replied: “Stationary and does not move.”

As a failed educator the Sheikh continued to explain his flawed theory quoting some clerics and select religious statements. Feeling that his students may need a visual aid, the Sheikh uses props to explain: “First of all, where are we now? We go to Sharjah airport to travel to China by plane. Focus with me, this is Earth;” he said, holding a sealed water cup. He argued that if a plane stops still in air “China would be coming towards it,” in case the Earth rotates in one direction. If the Earth rotates on opposite direction, the plane would never reach China, because “China is also rotating.”

Thankfully this idiotic moment in Saudi Arabian education was captured on video which virally spread on social media platforms under the widely circulated Hashtag #cleric_rejects_rotation_of_Earth.

Next Theory:Your hair does not grow, your head has an erection #cleric_rejects_rotation_of_Earth

#cleric_rejects_rotation_of_Earth With clerics like this man, We now know why the woman is not allowed to drive in Saudi Arabia.

#cleric_rejects_rotation_of_Earth What is next? Moon was actually 10th wife of a Saudi Sheikh?

#cleric_rejects_rotation_of_Earth Go home you are drunk