Schwarzkopf is redefining beauty standards and Hadia Ghaleb is onboard. 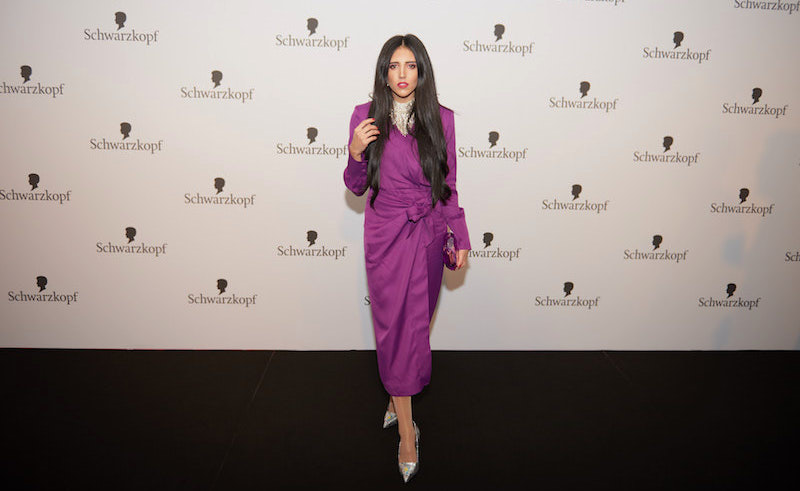 As one of the biggest names in its industry, Schwarzkopf are celebrating their 120th anniversary this year by promoting something that they’ve often championed - individuality and even a little rebellion. Firmly planting their feet in the ground and standing as a global hair care brand, their latest campaign, #CreateYourStyle,  is encouraging men and women from all walks of life to stand out and express themselves - and what better self-expression is there than your hairstyle?

The campaign is not just about embracing your individual personality, but to have the confidence to flaunt it. By encouraging men and women to forgo beauty stereotypes and do their own thing, Schwarzkopf is the cheerleader we have in our corner always rooting us on. And the brand's anniversary celebrations prove it. Said party, which featured their international brand ambassadors also saw Egyptian fashion and beauty trend setter, Hadia Ghaleb, attending the anniversary event that took place in Berlin over two-days. The anniversary festivities brought together influencers and trendsetters from across the world – men and women who break the shackles and refuse to do things the ‘normal’ way.

But there’s another reason to celebrate; Gliss - a brand under Schwarzkopf that launched in Egypt in 2010 recently introduced an intense therapy product for hair. The hair product comes as collaboration with OmegaPlex and repairs the hair while also allowing for stylings that last longer. And god knows we could use that with our sub-Saharan heat.  Likewise Palette - a hair coloring expert and a line under Schwarzkopf - has launched an intensive color cream with Keratin that infuses high intensity coloration while still keeping the hair soft and healthy.