What if he didn’t want to be found out? What about what HE wants? 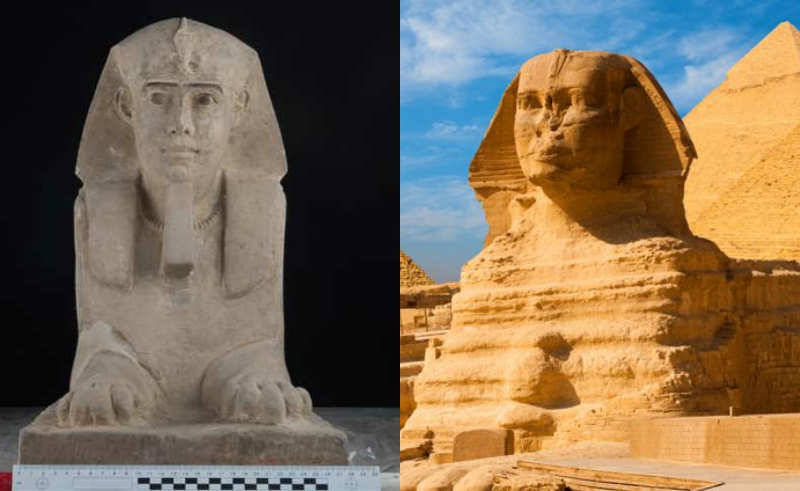 In a turn of fortunate news for the archaeological community (not so much for the secretive junior here), a team of Egyptian archaeologists have unearthed the previously-announced second sphinx from a work project at Kom Ombo temple.

The Sphinxlet, a term coined by us here at CairoScene, is apparently made of sandstone, and actually has a nose, putting to rest many an imaginative historian’s Egyptological worries regarding the former glory of Sphinx senior. According to Secretary General of the Supreme Council of Antiquities, Mostafa Al-Waziri, the statue most probably dates back to the Ptolemaic period, the same location where two totally not cursed sandstone tablets were discovered.

Investigations and studies as to the proper historical period baby Hol hails from, as well as his (her?) purpose and backstory are currently underway, according to Director General of Aswan Antiquities, Abdul-Moneim Saeed.

We eagerly await more info about our newest addition to the half-man/half-lion/all-glamorous Sphinx family. And we hope that Sphinxlet can cope with its fate moving forward; an eternity of being gawked at by Asian tourists, and at some point, getting Tamer etched on his rear.