Sweet Potato Bread Might Be Egypt’s Solution to Wheat Imports

With a few modifications to the country’s ancient bread formula, more than EGP 20 billion can be salvaged from Egypt’s annual wheat imports. 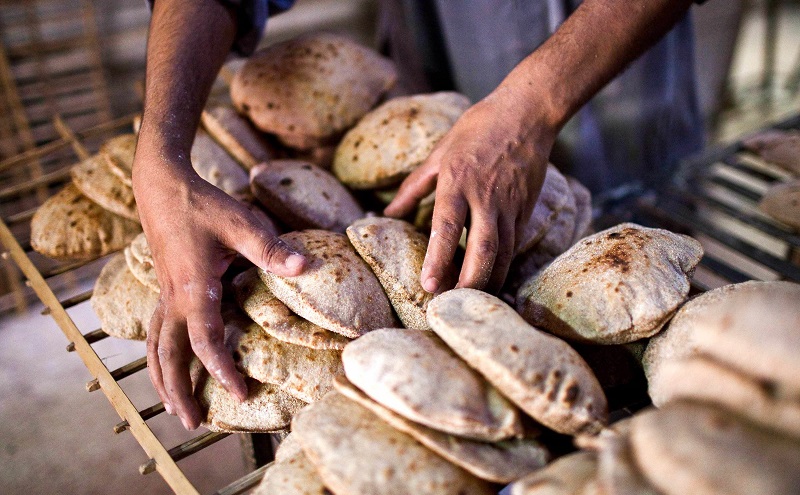 It would come as almost no surprise to anyone (at least the economists among us) that Egypt has been struggling with importing just about everything, chief of which (from a consumer’s standpoint) is wheat; the lifeblood of almost every Egyptian’s irreplaceable food staple, wholemeal flatbread. So in an industrious effort to source a solution to one of the country’s potentially disastrous budget deficits, the former Head of the Food Technology Research Institute’s (FTRI) Kafr El-Sheikh branch, Ezzat Abdin, is pioneering the use of abundantly available Egyptian sweet potatoes as a substitute for wheat.

With the attendance of Kafr El-Sheikh’s governor, Al-Sayyed Nasr, Abdin produced a loaf of bread consisting of a medley if experimental ingredients; using about 10% barley, 15% broken rice (remnants of transporting or milling regular rice), 35% coarse wheat flour and finally, 35% Egyptian sweet potatoes. Egypt, as it stands, has a readily available (and abundant) stock of both sweet potatoes as well as rice, and from Abdin’s perspective, adopting an approach such as this could potentially eliminate the need to import wheat; or at the very least, shaving off EGP 20 billion from the annual allocated budget for its import. In more consumer terms, this would cut the standard pricing of loaves by about EGP 0.12; a price which is already subsidised by the government by about EGP 0.55.

As for nutritional value, the mutant loaf should (theoretically at least) contain a healthy amount of both fibre and folate compared to the standard if not double the amount depending on the ratios used. In addition, the use of sweet potatoes (comparable to regular potatoes) in bread production would provide a substantial amount of vitamin B compared to wheat, as well as up to three or four times more potassium per serving. Not to mention the diminishment of any potential coeliac disease issues. “A report on the new experiment will be submitted to the governor and other governmental officials to see if it could be applied,” Abdin said.