For the first time in its history, Dar Al-Ifta has announced that Valentine's Day is 'halal', but some aren't happy about it. 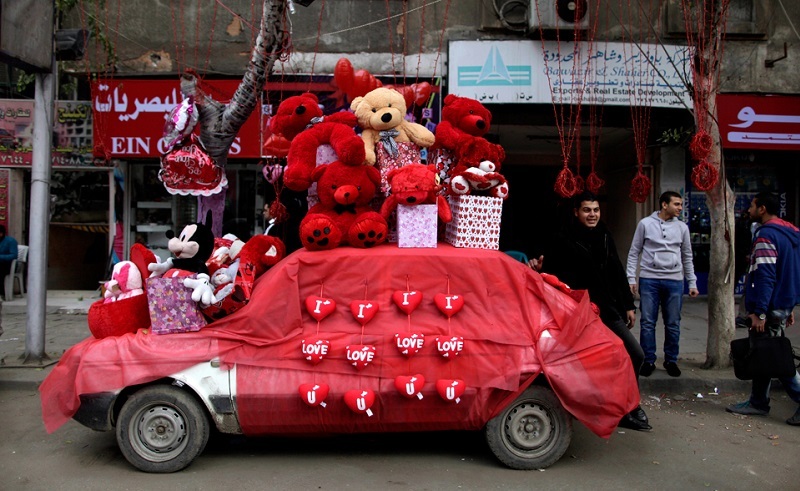 It actually happened. For the first time since being established to represent Islam in Egypt and as a center for Islamic legal research, Dar Al-Ifta announced this week that Valentine’s Day is ‘halal’ – good news for some, but the announcement has sparked plenty of controversy and debate.

It’s been hot-button topic on talkshows on channels such as Al-Haya and CBC, with some even questioning whether a religious entity should be involved in such matters, and whether it is indeed forbidden to celebrate the lovers' holiday.

Seasoned TV presenter and author, Rola Kharsa, offered an interesting insight, explaining to Arab News that love, and its celebration, isn’t taboo in Egypt, but rather the perceived western application of it, adding that Valentine’s Day has become increasingly popular among youths from all social classes thanks to social media.

While celebrated among all social classes of Egypt today, there has previously been, and to a certain extent still remains, ongoing clashes of opinions about the day. It’s an argument that has raged on through the years; in 2013, Salafist preacher, Abu Islam, referred to the Valentine’s Day as an ‘adultery day celebrated by Christians’. It's a view and mindset that is still present in some parts of Egyptian society, and is not limited to Valentine’s Day, but all non-Muslim holidays and occasions. However, you only need look 60 years ago for proof that it wasn’t always like this.

In the 1950’s, Egypt had its very own Valentine’s Day, Eid El Hobb, on November 4th. Couples would commemorate the day of love with photos, spanning from before, during and after their weddings, reports Al Ahram Online. It was initiated by journalists Mustafa and Ali Amin, both of whom created a poll asking people about the preferred date of celebration of their love.  It didn’t quite catch on, though, and Egypt’s version slowly made way for the western Valentine’s Day.

Whichever side of the fence Egyptians sit on, it hasn’t stopped Cairo catching the Valentine’s bug year after year, with restaurants, hotels bars and other venues pulling all the stops with various themed nights and promotions – which you can find out more about with CairoScene’s bumper Valentine’s Guide here. Shameless plug? Yes.