Causing global controversy is another shocking video from Saudi Arabia. 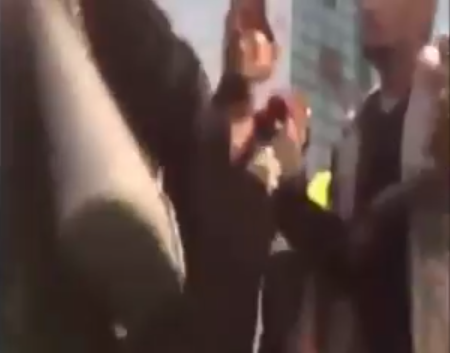 Before we begin, let us just start off by saying this to all the men reading this: DO NOT SLAP A WOMAN, YOUR MOTHER RAISED YOU BETTER THAN THAT.

Anyway, a video of a Saudi man slapping a woman so hard she falls to the ground has gone viral recently. The man has been arrested by authorities and upon investigation these two had worked with one another and apparently some sort of altercation began, and ended in a very unnecessary violent way.