After further digging into Alien Dough, we totally believe the story. The story goes that an alien named Doughdoo who owns one of the most famous doughnut stores in the galaxy. He came upon Earthly doughnuts, but wasn't too satisfied, so he opened up Alien Dough to serve otherworldly doughnuts to their new friends on our planet.

After further digging into Alien Dough, we totally believe the story. There are many flavours that we don't see at your regular doughnut shop like red velvet, triple chocolate, and Havana coconut. Alien Dough also serves quirky doughnuts like dark and white pearl doughnuts, cinnamon filling, and pistachio. 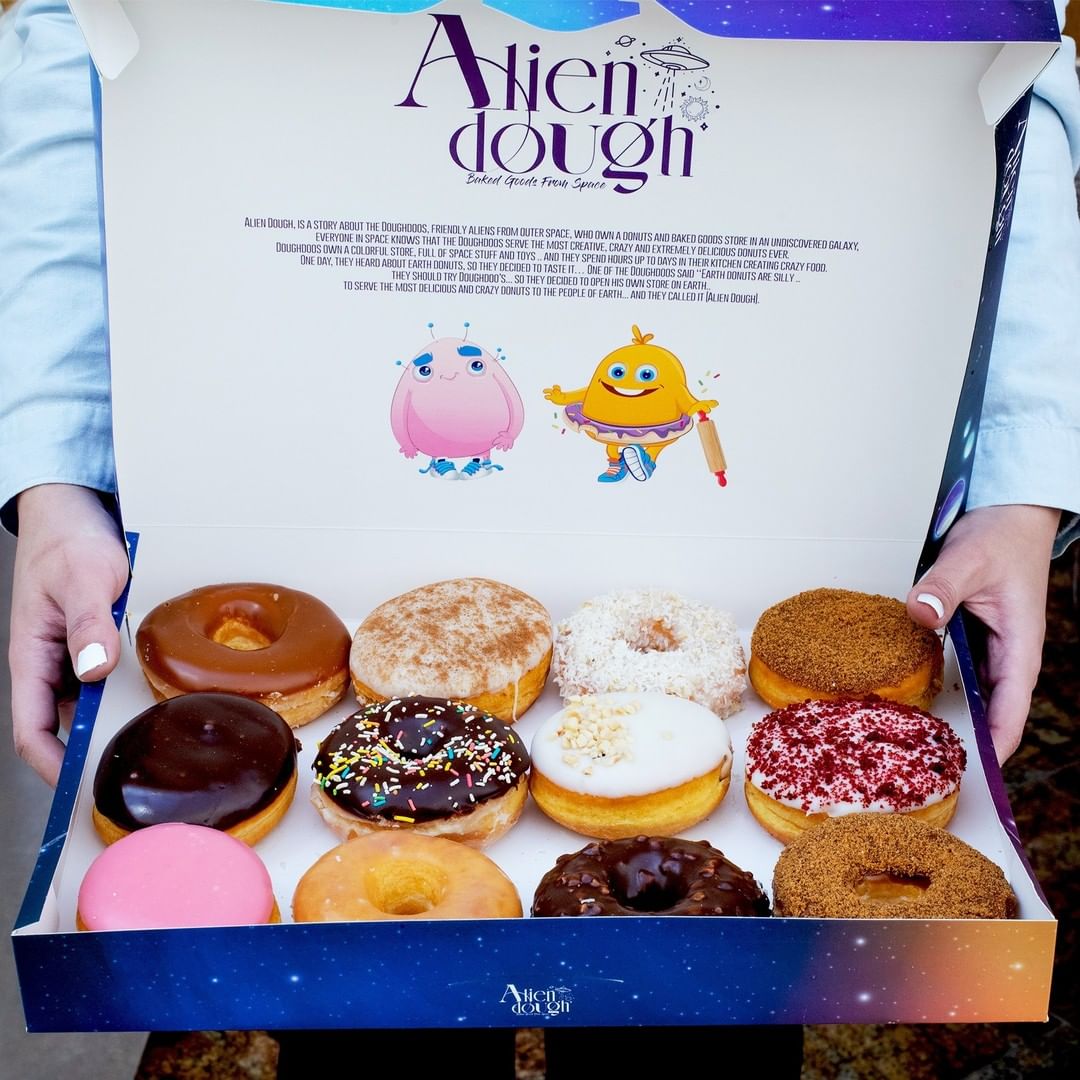 You don't need to be an alien to enjoy Alien Dough

Apart from outer space, Alien Dough is currently open in Madinaty, and is set to open in Citystars this week. After Eid, they plan on launching their third branch in Mall of Arabia.