Because everything is better in a mason jar, especially dessert! 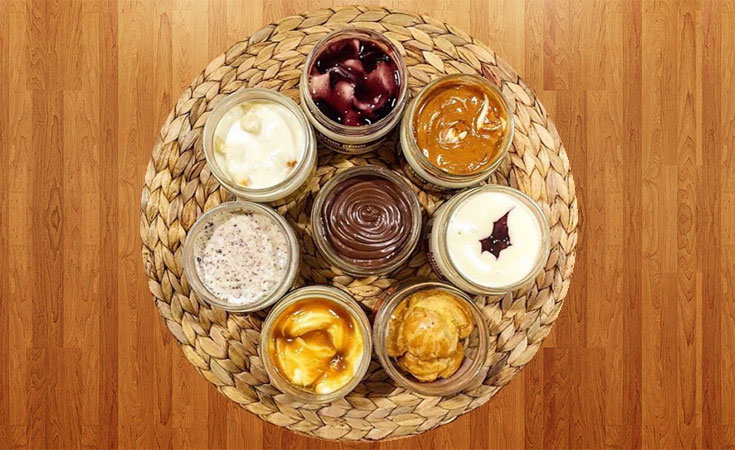 Everything is better when you eat it straight out of a jar, be it peanut butter, jam, Nutella, or even plain cream cheese. One derives immense satisfaction from sticking one’s fingers all the way to the bottom of the container - just when you thought there was nothing left - only to emerge with a big fat scoop.

We just found a new and improved release for this dark and kinky obsession of ours: Krêm Gram! This beacon of hope will satisfy your sweet tooth with desserts so sublime they had to be put in mason jars with tightened lids – everything from cream puffs to chocolate and cheesecake.

“Each product that we produce is carefully researched and developed beforehand,” Krêm Gram Brand Manager Ahmed Ghobashy tells us. D’you hear that, folks? It is based on solid dessert science! Even their packaging is a carefully considered, 100 per cent rational decision. “We thought of the idea of the jars as a way of convenience; all you need is to just grab a spoon and you are all set to dig in!” he says. *scurries to kitchen to fetch spoon*

You, too, grab a spoon and get yourself a Cherry Cheesecake Krêm Gram so we are not the only ones making inappropriate noises.

(Photo courtesy of The Hungry Giraffe)