Drowning in honey, butter, konafa, and millefeuille, La Pomme’s Om Tiye has already made us forget who Om Ali even is Queen Tiye’s mummy captured the attention of many at last week’s procession, amongst them were the peeps from La Pomme who were inspired enough by the ancient queen’s legacy to dedicate and honor the royal the best way they know how. 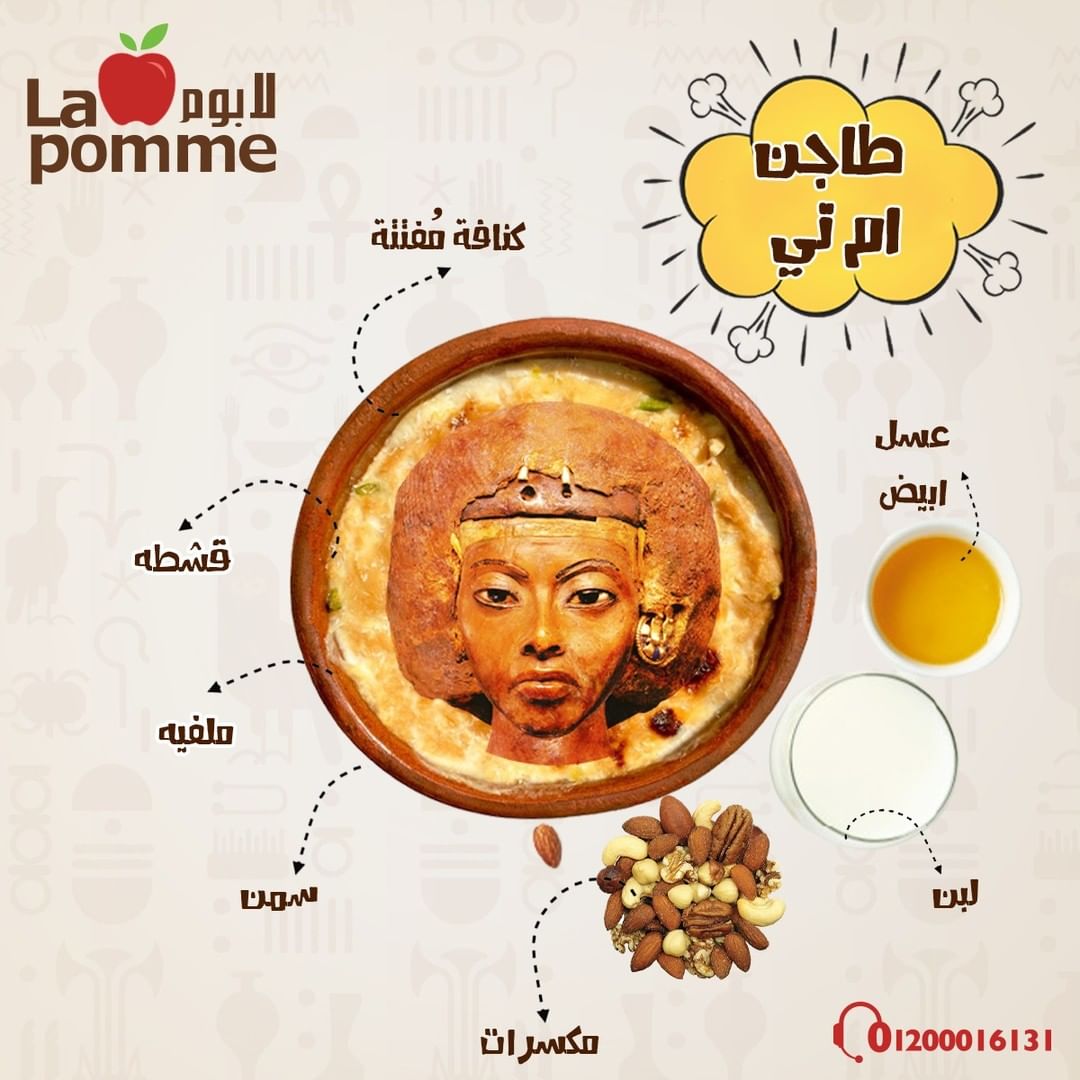 Just like that, their new dish, Om Tiye, was born; a delicious new take on Om Ali that threatens to have us forget who Ali even is. Om Tiye is a decadent mix of konafa, luscious honey, milk, toasty nuts, oodles of butter, millefeuille, and rich fresh cream. It's almost offensive to Queen Tiye’s legacy if your mouth isn’t watering by now. The dessert will be baked to goodness and will be served toasty and warm to their customers this Ramadan.

However, this isn’t nearly shocking coming from La Pomme who have been a formidable confectionaire-force to be reckoned with since their inception in 1997. In time, La Pomme have outgrown their initial first shop in Nasr City and now boast seven branches across Cairo and two more in Hurghada. They offer a vast menu that ranges from the black forestiest, chocolatiest, and honiest of cakes to all the konafa, baklava, and classic regional desserts of your heart (and tummy’s) desire.

You can find all of La Pomme’s gorgeous little creations on their Instagram @lapomme_pastries and their website lapommegroup.com Working with prime, outsourced, and exported fabrics and materials, everything [...] Mycanus: Every Bougie Side Table Snack in a Nutshell Shining a light in the darkness, The Lighthouse is a local card game that's all [...]
RELATED ARTICLES Born & Bread: This Grandma-Curated Bakery Is Changing the Scene

The category is teita, and we're absolutely here for it. [...] In a world full of new and exciting desserts, this online bakery only focuses on [...]
Week Month Year