In this SceneEats exclusive, we get up close and personal with Christian Paul Burrus, the third generation heir of Le Relais de l’Entrecôte, about why the iconic restaurant came to Egypt. 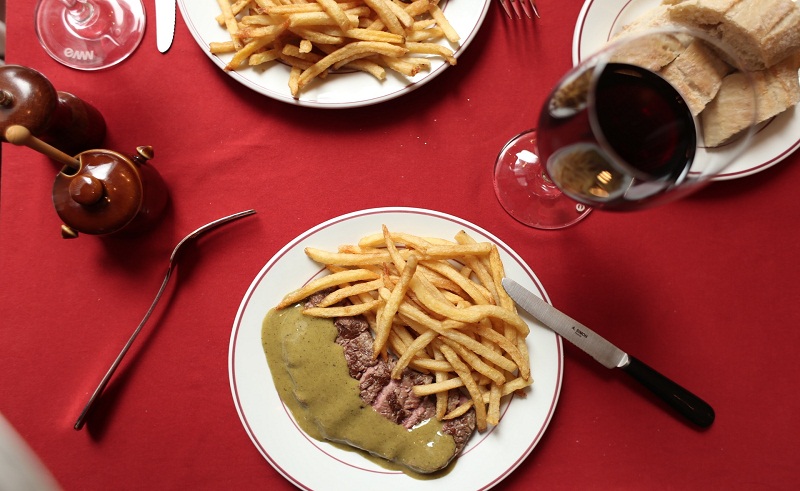 As of this moment, you can now live your best Parisian fantasy because the house of French fizz and steak frites, Le Relais de l’Entrecôte, has finally come all the way from France to Cairo, and it’s more fabulous than ever. Given the success of the premise – salad, one kind of steak and chips – it makes perfect sense that after Qatar and Saudi Arabia, a branch should open in Egypt, bringing jolly coloured tablecloths to Sheikh Zayed and New Cairo.

Nothing has changed at Le Relais de l’Entrecôte since it opened its doors back in 1959. The only decision you could make back then  is the degree to which steak is cooked, everything still remains the same to this day. The ‘secret’ house sauce, which tastes like the best thing you could ever think of, is highly addictive. Tons of people have tried to uncover the secrets to the sauce with no luck.

For over 60 years, Le Relais de l’Entrecôte stayed authentic and true to itself, or so Christian Paul Burrus, the third generation heir of the restaurant chain, tells us. ‘’When my grandfather opened the restaurant, I don’t think he ever believed that it would eventually open in Egypt.’’

From choosing Arkan Plaza and 5A for their first Cairo locations to attempting to uncover the secrets of their house sauce, Burrus spills the tea on everything there is to know about Om El Donia’s Le Relais de l’Entrecôte’s.