The Tap North is Getting Bigger, Louder and Crazier

As if the wicked renovations and their chicken wings weren't enough, we're PSYCHED about Larock, LouLou Players, and Dirty Vegas. 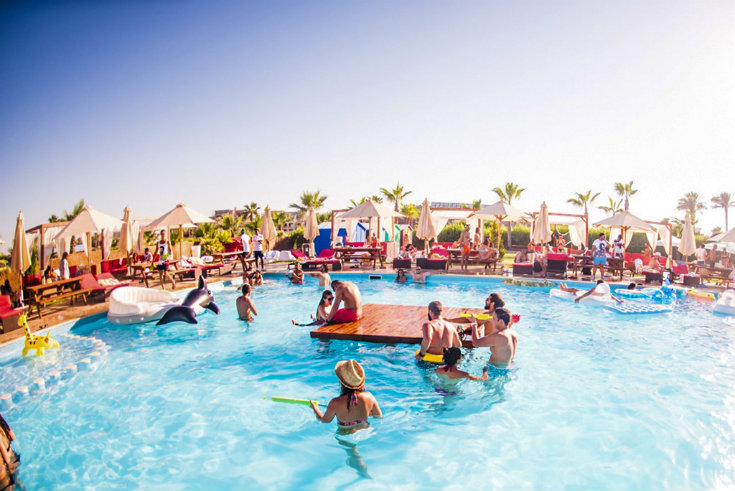 Part of Sahel's charm lies in the fact that time ceases to exist there as we spend day and night frolicking by the sea and living it up at the finest establishments, namely The Tap North. There is a simple reason as to why we've been continuously posting about The Tap North's parties – usually while we ruin our 'beach body' by mowing down buckets of their delicious fried calamari – on our CairoScene Calendar, it's because they've secured themselves a position among the chillist and illest spots in Sahel this summer.

Things are about to get a whole lot bigger too, literally. With an island bar, pyramid stage, and high tables and chairs behind the pool just completed, The Tap North is party space par excellence now no matter the size of the shindig. This means you'll have so much more room for activities when Ramy the DJunkie and other resident DJs spin the decks. To inaugurate this auspicious occasion, The Tap North is also hosting a few wicked performances this weekend. Speaking of which, LouLou Players will be there this Friday, August 12th!

You guys know LouLou Players, right? No? So, they're a band comprised of Jérôme Denis and Olivier Grégoire, and they produce some of the most internationally acclaimed house tunes. They're fresh, they're groovy, and they are guaranteed to make you dance. Continuing with The Tap North's expansion extravaganza they'll be bringing in Grammy Award winners Yves Larock on Friday, August 19th, and Dirty Vegas on Friday, August 26th. Larock had a huge hit with the Caribbean-inspired Zookey, landing on international top 10 charts. And as for Dirty Vegas, the British artists behind the international hit earworm Days Go By, they are the undisputed masters of house and electronica tunes.So, we had plans of eating bland feteer and moping about how fat we're getting, all the while listening to Elissa, but thanks to The Tap North we're taking a raincheck! This is it, our whole summer has been leading up to this ultimate Sahel experience – partying it up to Grammy-winning beats at The Tap North. Just don't forget the giant juicy Tap burger that'll in your hand as you move onto the new and improved dance floor – it will pretty be embarrassing if you drop it, or conversel,y pretty impressive if you can groove and eat at the same time.

Photo of LouLou Players courtesy of The Tap North.