And it all went down at El Gouna Film Festival. 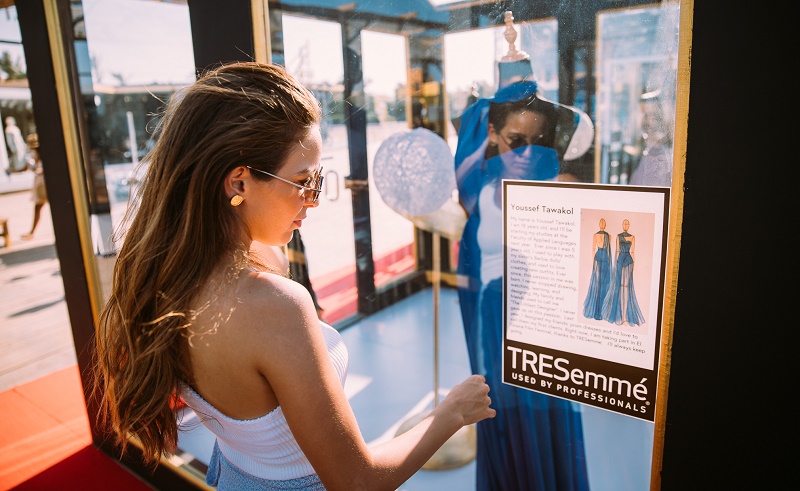 While there was once a time when the likes of Versace and Chanel dominated red carpets, now the reign of local Arab designers has begun but they still need a leg-up, so to speak. Gloabally adored beauty brand, TRESemmé, is doing its part by giving five lucky up-and-coming local designers the chance to bring their designs to life, showcasing them on the Fashion Avenue in this year's El Gouna Film Festival. Running the festival's largest hair and makeup salon alongside famed Egyptian hair guru and the stars' first choice Mohamed El Sagheer, the exclusively TRESemmé-supplied salon didn't only glam everyone up, but also made way for the five 'Bring Your Design to Life' competition winners on the runway line-ups. Launched during the festival, the competition had aspiring designers post their work and tagging TRESemmé Instagram page, which were then judged by rising screen starlet, Jamila Awad, and fashion designer, Nourine Farah. Though a whole host of designs were sent in, only five could win: Aya Shahin, Youssef Tawakol, Caroline Maged, Naglaa Tohame, and Menna Ahmed, whose pieces were displayed at the festival's Fashion Avenue. Egyptian celebrities Hala Shiha, Arwa Gouda and social influencer Malak Badawi were among many to visit the Fashion Avenue, and Hala Shiha even decided to wear one of the winning dresses, Caroline Maged's, to the Gouna Film Festival Closing Ceremony Red Carpet. Inspired by the recent local and international recognition and success of Egyptian and Arab designers, the life-changing experience wasn't only covered by Vogue Arabia, but also featured the five aspiring designers themselves - the kind of exposure that most will work for years to achieve.