Farida Temraz just showcased her new collection, 'The Xecutive', featuring Egyptian jewellery brand ZAGH at NYFW, right after one of her gorgeous gowns made an appearance at the Grammys! 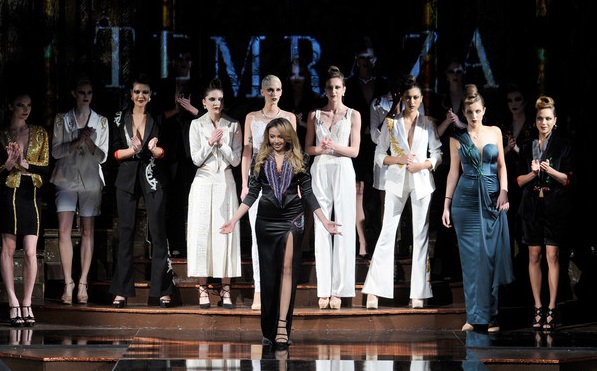 At the center of The Xecutive are the complex dynamics of being a woman in today’s world. Aiming to empower women and celebrate their success and independence, every step of creating the collection was carried out by women. The chaos of balancing a hectic schedule and the endless search for that one good look were some of the thoughts behind The Xecutive and they are executed with elegance and grace. “The collection showcased is very much what ZAGH is about - a woman that is confident and proud, one that celebrates her femininity but is vicious when defined by it,” says Riham Zaghloul, Lead Designer of ZAGH about her involvement in the Temraza showcase. Temraz’s designs have been exploding this past year, with celebrities wearing her work at several major events in the U.S. LA Basketball Wife, Gloria Govan wore a beautiful black gown with some sublime gold stitching at Halle Berry's Entrepreneur Magazine Gala this month (below) and was photographed wearing it alongside music industry legend, Quincy Jones and John Travolta. Among others who wore her designs were emerging actress Jillian Reeves, as well as singer Daya, who wore Temraza and posed for "Rise of the Pharoahs," a Hollywood magazine photo shoot at New York Fashion Week. Daya just won the Best Dance Recording award for featuring in the Chainsmokers’ thumping smash hit Don’t Let Me Down, at the Grammys this year.

Also wearing Temraza at the Grammys was RnB sweetheart Mya and opera singer Lucas Meachem's wife Irina, who rocked a baby blue number that made our jaws drop. The amazing singer MYA @myaplanet9 from the famous Moulin Rouge song is BACK wearing a TEMRAZA at The Official Grammy's 2017! #grammys2017 #temraza #mya

These homegrown brands will make sure you've got the shades for anything you'll [...]

It's time for the agonising battlecry of 'hot girl summer' to echo over social [...] 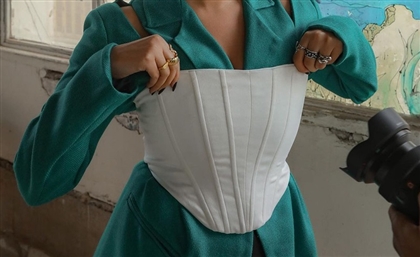 Get Your Corset Game On With These Homegrown Brands

We’ve compiled a listicle of all our favourite corset brands to make your [...]
Week Month Year