During his year in space, Captain Scott Kelly was an avid Instagrammer - he had good reason to be; he wasn't taking pictures of his reheated lunch. Now that he's back, let's check out some of his best work. 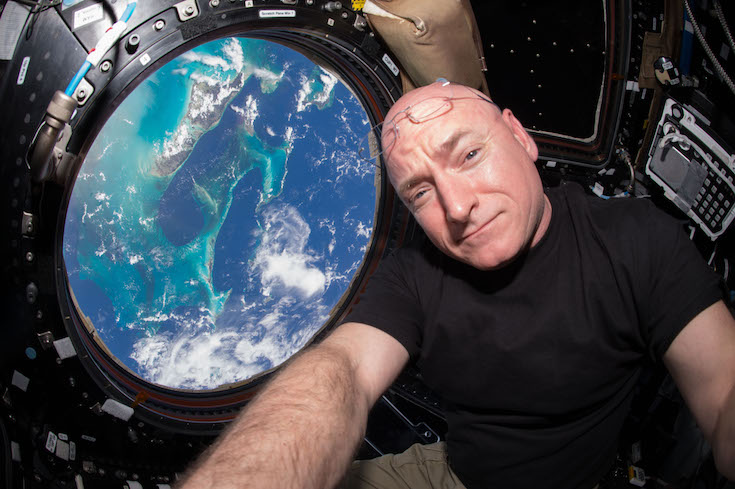 Yesterday, American astronaut and all around badass, Scott Kelly, returned to Earth after spending 340 days aboard the International Space Station - longer than any other American. Performing experiments and being an experiment himself, Captain Kelly is showing us what the human body looks like after prolonged spaceflight.

Just because he was 400 KM above the Earth, orbiting at a mind-numbingly fast 8 KM per second, doesn't mean Captain Kelly had to give up Instagram. Sure, he was farther away from his loved ones than basically anybody else has ever been, and sure, his body grew two inches and is full of who knows how much cosmic radiation or space viruses, but that didn't stop him from taking some sweet-looking 'grams. We've collected his best shots here as a kind of thank you to Captain Scott Kelly for going to scary places and taking pictures so we don't have to.

Nothing like a little #aurora to get things started. Good morning from @ISS! #YearInSpace #space #spacestation #iss #northernlights #solarstorm #colorful