With an awesome trailer, Electronic Arts have got the gaming world buzzing. 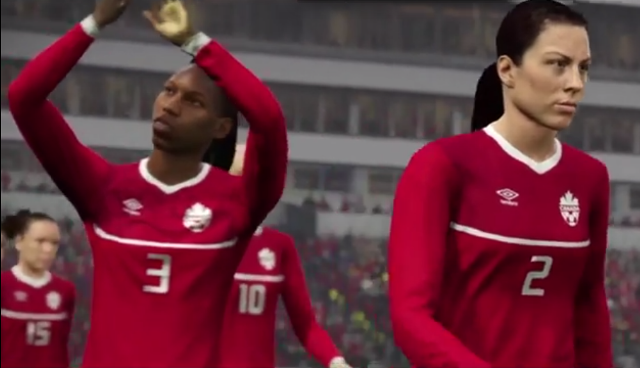 It only took 22 years and 16 instalments but FINALLY, FIFA 16 will give players the ability to play as International Women’s Teams. If this news doesn't excite you then we recommend checking this awesome trailer they just dropped:

For years, FIFA has been trying to add just about every team in every league, but failed to recognise how amazing it would be to include female teams until this year. Joining the roster of teams will be twelve international women’s team including; Germany, USA, France, Sweden, England, Brazil, Canada, Australia, Spain, China, Italy and Mexico.

When you pick a women team you must face off against another women’s team, but it would have been nice if the decision was left up to the players to decide. We have a feeling Canada’s women team could beat their men’s team, but that is all speculation. To ensure the most realistic game play possible, the team behind the new game used a mixture of motion capture, 3D player modelling and head-scans.

According to VP of EA Sports FIFA David Rutter, “Bringing some of the best women’s players and teams in the world to our franchise is a massive event for EA Sports, and we are equally excited about bringing millions of fans a new way to play.”

This may have taken longer than it should have, but at least it’s a start. The game is slated for a release in September in will be the first time EA Sports catch phrase it’s in the game will finally ring true as both sexes are now part of it.